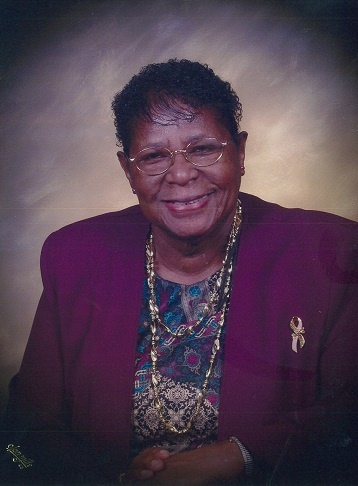 Juanita Murray departed this life on December 30, 2018  at Talbot Hospice in Easton, Maryland. She was born to  the late Mary Johns and Riley Dodson on November 24, 1927 near Hynson, MD in Caroline County.

Juanita was educated in Caroline County Schools. She worked for many years at Harper and Bateman Pickle Company in Hurlock. She began her Christian life at  Johns Church at an early age which later merged with Mt.Calvary United Methodist Church in Preston. Juanita was an active member until her health failed. She held various titles and positions: United Methodist Women and Lay Leader. She was on the Visitation and Hospitality         Committee, The Prayer Group, Church Historian, Vacation Bible School Teacher, just to name a few.

Juanita enjoyed writing poems, skits and lots of papers for families that lost love ones.  She loved making potato salad for the dinners that the church had, the coconut cakes that she made for a few and you can’t forget those corn muffins.

Besides her parents Juanita was proceeded in death by her husband Nathaniel Henry Murray, one brother, two sisters, two nephews and one niece.

To order memorial trees or send flowers to the family in memory of Juanita Murray, please visit our flower store.