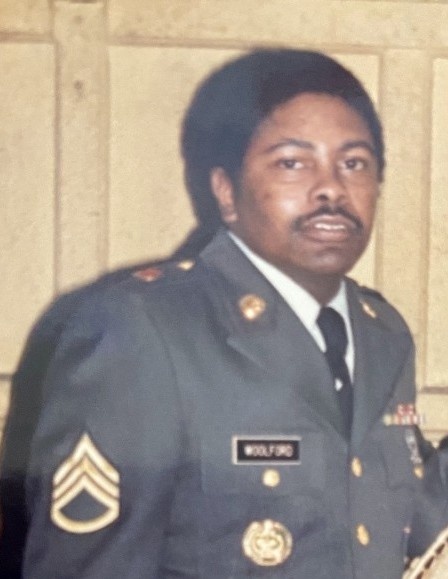 
PLEASE BE ADVISED  PER MARYLAND REGULATIONS, GATHERINGS OF MORE THAN 10 OCCUPANTS ARE CURRENTLY PROHIBITED. THERE WILL BE NO SEATING AVAILABLE DURING PUBLIC VIEWINGS. WE ASK THAT YOU VIEW, AND THEN IMMEDIATELY EXIT THE BUILDING.          Live Streaming: Facebook.com/henryfuneralhomepa


Joseph William Woolford was born on August 22, 1953 in Cambridge, MD to the late Mr. & Mrs. Thomas E. and   Josephine Woolford. On Wednesday April 22, 2020 he  departed this life and went home to be with the Lord.
Joseph attended school in Dorchester County and  graduated in the class of 1971.  After graduation he worked several local jobs.  In 1975 he joined the Army where he served until 1990. He has been a member of Corporal     Herman Hughes American Legion Post 87 for 10 years.  He was a faithful supporter of St. Peters United Methodist Church. He was a loving person with a kind heart and would do all he could to help you out.
He leaves to mourn, his sisters, Alice Johnson(Marshall) of Eaton, MD, Maldana Cooper of Cambridge, MD, three aunts Clara Brisco, Rachel Miller, Mardella Opher all of Cambridge, MD, one uncle Harold Stanley*(Elsie) of Church Cree, one great aunt Bertha Robinson Mack of Cambridge, MD, one daughter Shand Mardy of South  Carolina and one nephew Thomas Woolford. A special friend Diane Allen and her daughter Erica Miles who he thought of as his own.

To order memorial trees or send flowers to the family in memory of Joseph Woolford, please visit our flower store.