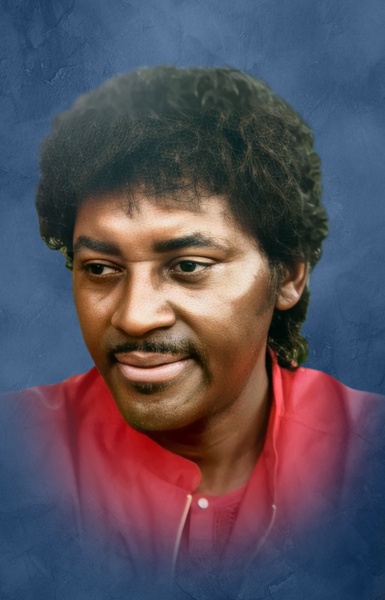 Joseph Ringold departed this life on July 14, 2022, at the Carlinville Rehabilitation and Care Center in Illinois, seven days after his 88th birthday. Joseph was born on July 7, 1934, in Cambridge, Md. He was the fifth son and tenth child of Rosanna Lee Ringold and John A. Ringold. He, along with his four brothers, was raised by his mother. As he approached high school graduation, his teachers wanted him to attend college and were willing to help him pursue admission and financial support, but he chose to enlist in the Air Force, during the Korean War in September of 1952. He married his high school sweetheart, Gertrude E. Ponder, on 7 February 1953. They had their daughter on 2 November of that same year. Joseph served his country in the U.S. Air Force traveling to Japan twice, where he adopted his son, as well as completing several stateside tours of duty. Anyone who knew him knew he was a smart man as witnessed by his continuous progression in specialty skill assignments: motor pool, administration, aviation radar, and precision measurement equipment laboratory. On 31 March 1974, Joseph retired as a Master Sergeant, culminating in his 21 and a half years of service. However, he was most dedicated to his family, especially his “sweetie”, Gertrude. They relocated to Bowie Md. in May of 1974 where they bought a house and reconnected with previous military friends, the Harris, Owens, and Milburn families. Joseph continued to hone his electronic skills by working as an electrical microwave systems analyst and repair technician at Weinschel Engineering and later as a computer guidance systems specialist for the Washington Metropolitan Area Transit Authority before his second retirement in 1990.
He is survived by his children, Rolanda Acosta and Joseph Ringold, Jr. his grandchildren, Adelaina Acosta, Joseph Acosta, Jr, and Amanda Ringold. his great-grandchildren, Domenic Adair, Alorrianna Sitton, and Charlie Churchill. his nephews, Tyrone Elliot and Kelvin Ringold, nieces , Evelyn Jones, Dollery Dix and Jacqueline Scott and many grand nieces and nephews.
He will be missed.
To order memorial trees or send flowers to the family in memory of Joseph Ringold, please visit our flower store.