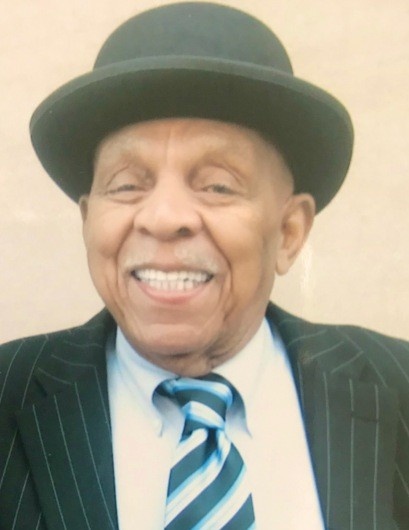 Joseph Leon Nickens, 88 yrs old, of Stevensville, MD passed away on April l, 2020, peacefully at home. Joseph was born on January 22, 1932, to the late Lorenzo and Grace (Price) Nickens in Crisfield, Md.

He received his early education in Somerset County, Public School System, until his family moved to Kent Narrows where he continued his education in Queen Anne's County. It was there, at a very young age, Joe Nick (as he was affectionately called) started his lifelong occupations as an Independent Businessman, Waterman "Captain" of Betty R, Steel Worker, Construction Forman, as well as owning and operating his Residential Lawn Care Service. Joe Nick was no stranger of very hard work. His journey took him from the Wharf to the Water, Bethlehem Steel at Sparrows Point, and numerous Construction ventures on the Western Shore. He was especially proud of one construction site located in Washington, D.C. he worked along with his youngest son, under his leadership and next door to where his youngest daughter, was employed. He was proud to retire from the Construction Industry under Whiting and Turner Construction Company at the age of 50, with full retirement benefits. After retirement, Joe Nick's journey was far from over. He proudly returned to life on the Eastern Shore as Captain and Landscaper. He also took great pride in his own lawn's care.

In 1951 Joe married his beloved Bessie Valarie Johns and from that union five children were born. He willingly worked in all kinds of weather to provide for his family. It was important to him to provide for his family spiritually. On June 10, 1967, he publicly dedicated his life to Jehovah God by water baptism as one of Jehovah's Witnesses. He enjoyed helping out in theocratic assignments including volunteering as a parking attendant to help with traffic and parking at Kingdom Hall Construction Sites, at the Annual Memorials of Jesus Christ's Death, and at events that required parking large numbers of cars to help maintain order and unity. Joe was a faithful member of the Queenstown Congregation and regularly attended the Kingdom Hall of Jehovah's Witnesses located at 29250 Skipton Landing Rd. Cordova, MD 21625.

After the death of Joe's wife Bessie, some years later he was privileged to find love again. On December 16, 1995 Joe married his new love, Mary Liggon, from Baltimore, MD. Mary moved down to the Eastern Shore with Joe, where they shared 22 years of marriage together right up to his death. Joe was a devoted husband to his wife Mary and concerned about her welfare. He personally chauffeured Mary to and from her place of employment in Baltimore, MD until her retirement. Even when unrelated to work, in all of their travels Joe counted it a privilege to chauffeur his wife right up until his health declined. The last request he made to his oldest son Rennie was to please take care of Mary.

To order memorial trees or send flowers to the family in memory of Joseph Nickens, please visit our flower store.