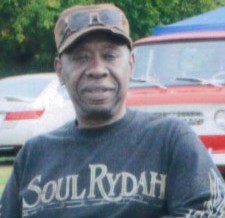 Started his career of working at Pratt & Whitney Air Craft, then changed careers to Travelers Insurance Company, then changed and retired from Cigna Insurance in Connecticut of 35 years, also did side jobs for family and friends, also was a DJ.  Had his own Business called J.T. Recording Studio. Some of his other hobbies were playing the guitar, saxophone and piano. During his young years he was a member of the Glee Club.  In his later years he was a member of the Wonderous Voices in church and a band. He also liked tinker with cars. Garfield gave a helping hand to many and many appreciated him for his act of kindness and will be missed by all.

A host of nieces, nephew, cousins, other relatives and friends.  One very special Uncle in law, Walter I. Walley Sr. (Mouse), one very special cousin in law, Norman A. Scott (Butch).

To order memorial trees or send flowers to the family in memory of John Turner, please visit our flower store.