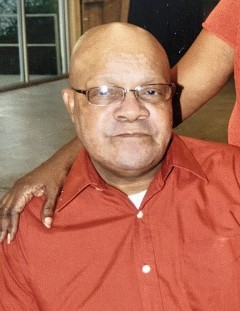 Joe Louis Sampson, Sr. departed this life on March 25, 2020 at his home after a lengthy illness. A native of Dorchester County, he was born on January 21, 1937 to the late Edna Mae Jackson-Sampson and Benjamin Sampson, Sr.

He attended various schools in Dorchester County and worked at several jobs. He worked for many years on the Baker farm in Vienna, under Russell Baker.  Later he worked for the city of Cambridge Sanitation Dept and lastly for the State Highway Administration for 21 years where he retired in 1998.  After retirement he helped with the family business, Sampson Day Care Center, as a cook.

The Daycare was a joy for him as he loved the children and formed a lasting relationship with many of them.  Also, he loved to cook especially making sweet potato pies. He could cook a variety of foods and loved to invite friends over to share meals.  He also loved to go fishing.

Joe had a very outgoing personality and always had a way to make people laugh.  He enjoyed joking and would always have an answer for any situation.  People who knew him, loved him and always invited him to many gatherings.  There was never a dull moment when he was around.  He made many friends, especially in the Kingdom Hall of Jehovah’s Witnesses.  Many of Joe’s friends and co-workers noticed a great change in his life after he became one of Jehovah’s Witnesses. He would talk to anyone he met about what he learned from the bible.  Even when his health failed and he couldn’t get out, he would talk to whoever came to see him.  He was proud to be a part of the Worldwide Christian Organization and verbally adopted many of the friends in the congregation as children and grandchildren.  In addition to being raised in a large family he verbally adopted Don and Brighte Mentzer as his extended son and daughter.  His adopted grandson, Tim Rittersbacker, who he loved beyond words.  He would call Tim anytime night or day when he needed help and he was always there to help him.  He had many other friends over the years whom he loved and spend time with, like Melvin & Omar Jones, his spiritual daughter Dorothy Smith, who he loved very much, also a very special cousin Marty Taylor who always looked out for his interest.  The hospice aide Gothea Perry who was so patient and kind to him.

In addition to his wife and children he also leaves to cherish his memories one sister, Bessie Stewart(Eugene) and one brother Rufus Sampson(Arlette), one brother in law Kermit Travers(Connie) (who he called his brother), three sister in laws, Eula Travers, Millie Lewis(Willie) and Arlette Bolden; many nieces, nephews, cousins and friends, a very special niece Wendy Stafford Jones.  He had one very special “Little Buddy Adriona Rittersbacher, who always came to visit him and sent cards to cheer him up during his illness. He loved her very much.

To order memorial trees or send flowers to the family in memory of Joe Sampson, Sr., please visit our flower store.