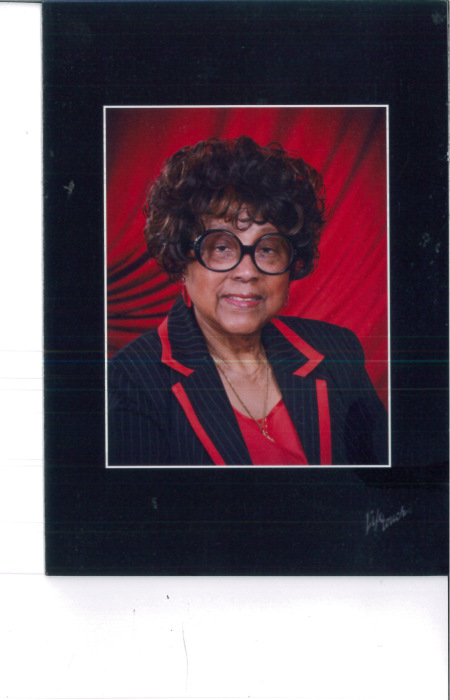 Joanne Thomas Murray was born December 9, 1934 in Talbot County to the late Andrew and Ruth Ross.  She gained her wings and peacefully ascended into heaven on January 29, 2020.  She graduated 1953 from Moton High School and went on to attend Bowie State University where she obtained a Bachelor of Science Degree in Education.  She later got her equivalency of a Master’s from the University of MD.  On the 4th of July in 1959 Joanne married William E. Thomas and from this union they were blessed with one daughter.  Many years after her husband’s untimely death she found happiness once again and married Franklin R. Murray on New Year’s Day in 1982.

Joanne dedicated her life educating and helping others.  She retired from Talbot County Public Schools after 32 years of service; after her retirement she worked at the Department of Social Services for 5 years. She was a faithful member of Waters United Methodist Church of Oxford, Maryland where she served as Secretary for the Church Council, Chair of the Membership Committee and she served on the Homecoming Committee as well.  She was an active member in several organizations: she was a member of the Moton High School Alumni, Bowie State University Alumni, Talbot County NAACP (serving as Chairperson of Education), State Education Committee of the NAACP, the Talbot County Public School Parent Involvement Committee, Retired Teachers Association, and a Charter Member of Beta Epsilon Chapter of Iota Phi Lamda Sorority.  She was awarded the Dorothy Webb Black Service Humanitarian Medal at the 2010 NAACP Freedom Fund Banquet.

Joanne was a faithful member of the Improved, Benevolent, and Protective Order of Elks of the World (I.B.P.O.E. of W.).  She joined Star Temple #1141 in the early 80’s and later transferred to Bright with Pride Temple #1375.  Other memberships within the I.B.P.O.E. of W. included the Bessie Leonard and Ethel K. Jews Past Daughter Rulers Council; Tri-State Association of MD-DE-DC; Tri-State Organizer; Past State Presidents Council; Tri-State Public Relations Department; Directress of the Eastern Shore Local Department of Education; Eastern Shore Past Grand Daughter Ruler Circle and the Past Grand Daughter Rulers Social Session Department.

Joanne leaves to cherish her memories, the apple of her eye, her daughter, Wilanda and her son-in-law Timothy Jeter of Waldorf, MD; 3 grandchildren whom she adored: Justin, Julian, and Jayla along with her step-grandson Timothy Jr.; 2 sisters: Doris Gillard of Philadelphia, PA and Cora Brice of Easton, MD; one sister-in-law Maidie L. Ross of Trappe, MD; her godson, Robert Hudson of Baltimore, MD, a host of nieces, nephews, cousins, and friends.

“If I can help somebody as I pass along, then my living will not be in vain.”

To order memorial trees or send flowers to the family in memory of Joanne Murray, please visit our flower store.