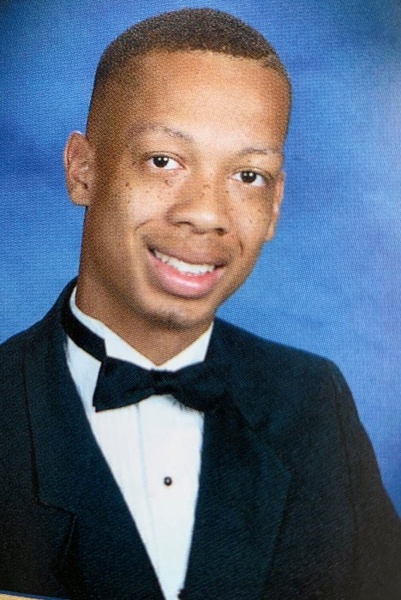 Jerwan Malachi Hayes, 22 of Cambridge, departed this life Sat., October 19, 2019 in Trappe, Maryland. He was born July 23, 1997 in Easton, MD, son of Jerry T. Hayes and Wanda A. Hayes. Jerwan, affectionately called “Slight Haze”, was educated in the public schools of Dorchester County. He was a graduate of Cambridge South Dorchester High School Class of 2015.

While attending high school Jerwan was employed with Food Lion in Cambridge.  After graduation, he was employed by Chipotle in Easton where he was quickly promoted to supervisor. He was passionate about learning all aspects of the restaurant. He set a goal for himself, and by the time he was 21, he became a General Manager of his own store in Salisbury, MD

His hobbies included basketball, acting, singing, gaming, spending time with family and loved ones and having a great time with friends.

His memory shall always be cherished by his parents, Jerry and Wanda Hayes Sr., his brother and sister in-law, Jerry and Kate Hayes Jr.; niece & nephew, Anniston & Kingston; special friend, Orissa Thomas and her daughter, Brooklyn, to whom Jerwan was a father figure; five godsisters; one godbrother and a host of aunts, uncles, cousins and close friends.

To order memorial trees or send flowers to the family in memory of Jerwan Hayes, please visit our flower store.