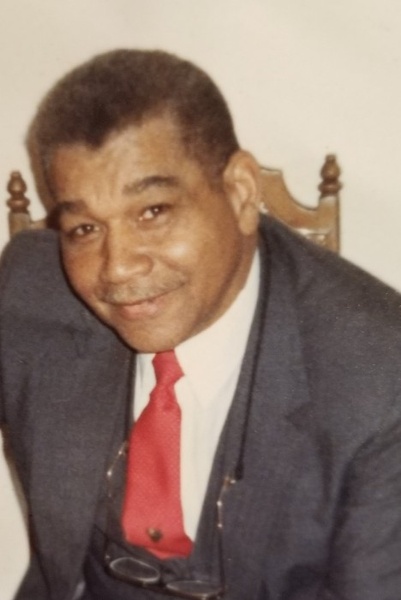 Jerry Henry Lee was born on March 17, 1925 to Levin Howard Lee and Mary Dunnock Lee in Woolford, Maryland. He was the second of six children. Jerry was educated in the local one-room schoolhouse, but felt he had to quit so he could go to work and help his family during the Great Depression. This was one of the numerous loving and unselfish acts he repeated throughout his life.  As the big brother in the family, he always sacrificed to help and to support his family members. He was a man of faith and his religious beliefs were very important to him.

In 1943 Jerry was drafted into the U.S. Army. He fought in the European theater and was involved in the fierce fighting on the beaches of Normandy on D Day. He achieved the rank of sergeant and was a section leader as part of the Red Ball Express, the predominantly African American and famed trucking company which transported supplies to the Allied forces.  He was told by his commander he was to receive a Bronze Star Medal for his service and acts of courage and bravery, but somehow the medal was never awarded to him. This was one point of sadness and disappointment in his life. He did however receive a Good Conduct Medal, a European African Middle Eastern Theater Ribbon, and a World War II Victory Ribbon. At the end of the war, he was honorably discharged and returned to Maryland.

In 1948 he married Lillian Horsey, his childhood sweetheart. To this union four children were born: Vivian, Terry, Jerry Kevin, and Lorie.  It was also in 1948 that he relocated to New York and began working at Buckley Country Day School.  He started as a custodian and bus driver picking up many of the school’s students who fondly remember his warmth, kindness, and encouragement.

Although Jerry never completed his own education, he fully supported and encouraged each of his children in fulfilling their academic goals and aspirations. He proudly examined their diplomas as each one graduated from high school through advanced college degrees.  All four of his children earned degrees in business, finance, or education becoming teachers or trainers on various levels.  Each have been blessed in achieving success in their own lives, thanks in part to the foundation and example he set for them.

Jerry was a hard worker and a very dependable employee.  He was known to rise before dawn on snowy days to make sure Buckley was plowed and shoveled clean before school opened.  He was constantly looking for ways to help others and make their load lighter.  Along with working for Buckley, he often had part-time employment, as well, at various other side jobs to financially support his family.  He retired in 2007 as Supervisor of the Grounds Department after working for his beloved Buckley Country Day School just short of 60 years.

After retiring, he lost his beloved wife, Lillian to a massive stroke in 2009.   He was diagnosed with Alzheimer’s disease in 2017 while staying with his youngest daughter in Georgia.  After falling and fracturing his hip on August 24, 2020, it was found that he had extensive heart disease which precluded surgery.  His health rapidly declined from that point.  Jerry went to his rest in the Lord on September 13, 2020.  He is survived by his four children, their spouses, 8 grandchildren, 4 great-grandchildren, his youngest sister, and her husband, along with a host of nieces, nephews, and cousins.  He has also left to mourn numerous friends and associates who viewed him as a brother.

To order memorial trees or send flowers to the family in memory of Jerry Lee, please visit our flower store.