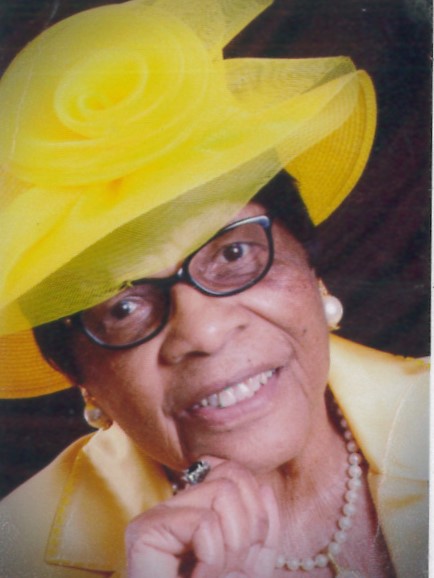 On Sunday morning, February 16, 2020, Jennie Eva Travers was called to her eternal home while at the Mallard Bay signature Care Home. She ninety-nine and a half years old. Jennie was born to the late Hilda and Robert Stanley on June 20, 1920. Her paternal grandparents were Richard and John Ann Stanley and maternal grandparents were Otis and Elizabeth Conaway. She was born in Salem, Maryland and was raised in Aireys, Maryland. She has lived in Church Creek, Maryland for the past 75 years.

Jennie was a member of Christ United Methodist Church in Aireys, Maryland. The Rev. Roslyn Watts was her pastor. She was the eldest member in her church and was referred to as the “Mother of the Church”. She loved singing on the The Senior Choir and attended Bible Study. Her favorite scriptures that she recited daily were Psalm 23 and Psalm 121. She would pray or read scripture whenever she was asked to do so. She loved following her pastor and accompanied her daughter Pastor Vernetter on speaking engagements. She also followed the Echoes of Heaven gospel singers     whenever they had a singing engagement. She had been a part of daily online prayer ministry for over twenty years with Pastor Clara Maze and Minister Rosalie Banks (a lifelong pal).

In addition to her parents who preceded her in death, was her husband, Alexander Stevenson Travers, Sr., two daughters, Ganoil Banks, Burnadine Elbert, and son Lauton Banks, Jr.

To order memorial trees or send flowers to the family in memory of Jennie Travers, please visit our flower store.