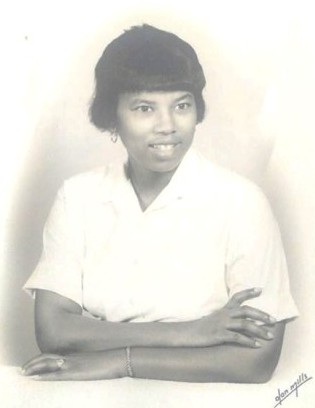 Jean Yvonne Cornish was born August 30, 1933 in Cambridge, MD to the late William Ernest and Beatrice Sampson Cornish.  She went to be with God on Monday, September 10, 2018 at the University of Maryland Shore Health Medical Center located in Easton, Maryland.  Jean was 85.

Jean attended Dorchester County Public Schools and graduated from Frederick Douglas St. Clair High School in 1951.  Jean attended Bowie State College for three years.  In 1955, Jean relocated back to Cambridge, Maryland, where she worked for Campbell Soup Company in Chestertown, MD for eight years and Western Publishing Company for 32 years, where she retired in 1995.

Jean gave her life to God at an early age and was an active member of Bethel A.M.E. Church.  She was a founding member and the first President of the Lillian Hollis Singers.  Jean served on the Homecoming Committee for several years.  After an absence, Jean rededicated her life to God and attended services, even at the nursing home, until her illness prevented her.

When Jean wasn’t sitting on her porch visiting/entertaining with family and friends, you could find her with a book.  Jean was an avid reader, a love she passed on to her children.

To order memorial trees or send flowers to the family in memory of Jean Cornish, please visit our flower store.