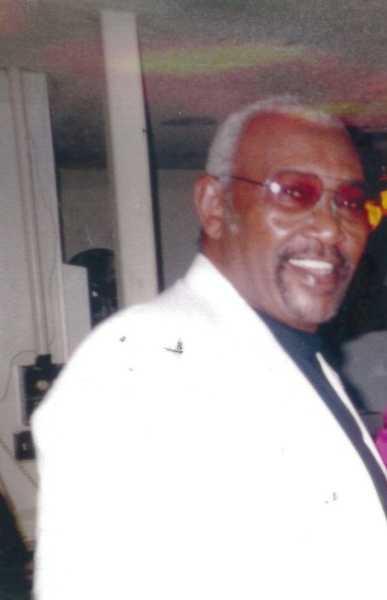 James Thurman Thomas was born November 7, 1936 in Dorchester County, Maryland to the late Luther J. Thomas and the late Marjorie M. Thomas. He departed this life on November 26, 2019 at the Mercy Hospital in Baltimore, MD.

He cherished his roots with Thompsontown and Cambridge communities.  His early education began in the Dorchester County school system, graduating from Mace’s Lane High School In Cambridge, Maryland in 1954. He graduated from the St. Paul’s Polytechnic Institute in Lawrenceville, Virginia 1958.  He served in the U.S. Army from 1958 to 1962.  Thurman was united in marriage to Jeanette Lauretta Murray of Hurlock, Maryland.  They lived in Baltimore, Maryland.

Thurman’s work history began at an early age.  He was quite an industrious child working with his father cutting and selling wood, doing before and after school newspaper delivery, pharmacy delivery and various summer jobs.  After the military, he was employed by the United States Postal Service from 1962 to 1992.  His last position was Postal Manager at Gwynn Oak Station in Baltimore, MD.  His work became his main hobby.  He attended the US Postal Academy, attended after hour classes at the Commerce School and also took courses at community college.  He served as Finance Station Manager, personnel selection committee, trained various employees, etc.

He received early religious training with his mother at Waugh United Methodist Church, had daily Episcopal training at his college and was affiliated with his wife’s church, Bethel AME in Baltimore, a man with strong Christian beliefs.

While younger, he helped create a small men’s social club and during his later retirement years, he was a member of the Cedar Meadows Rod and Gun Club.  He liked cars, his four dogs, poker games, photography, musical concerts, the Baltimore Colts, basketball games and was very handy around the house.  Thurman had a very enthusiastic outgoing personality, always enjoyed spending time with family and friends.

He was preceded in death by his special grandparents, many uncles, aunts, in-laws, his intimate friends, Gettys Lane and Al Holmes, goddaughter, Kim Lane, cousin, Elva Burkett  and a host of cousins.

He leaves to mourn and cherish his memories with his wife, Jeanette, daughter, Toya Norton and her husband, Stacy; grandchildren, Thomas and Storm and Zachary Press, who was like a son; aunt, Sylvia Tilghman and her husband Alvin; elder cousins, Delia Alston and Worthington Pinkett; sister and brother in-law, Dorothy and Marzelle Autrey Sr., Rosaline and Emerson Jones, Floydette and Kevin Gibson; godchildren, Darryl Lane, Stephanie Kidwell and Tiffany Jones.  He has been “Uncle T" to his many loving and devoted cousins, friends, in-laws and children, they all seemed as nieces and nephews to him.

His many many family he wants to recognize, the Thomas’, Pinketts, Farrows, Thompsons, Sharps, Ennals special memories with them all.

To order memorial trees or send flowers to the family in memory of James Thomas, please visit our flower store.