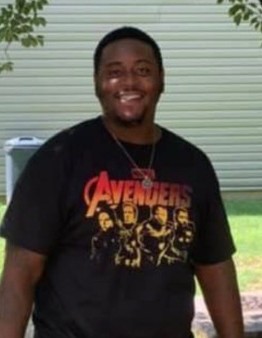 James Alexander Reed Jr. (affectionately known as Georgie), son of    Barbara Joyner and the late James A. Reed Sr. of Chester, MD was born on March 31, 1989 and departed this life on Friday, June 5 2020 at the Queen Anne’s County emergency medical center in Grasonville, MD.

He was educated in the public school systems in Queen Anne’s County, MD and New Castle County, DE. He obtained his high school diploma from Chesapeake College in December, 2012.

George held a variety of jobs. He started in the restaurant industry, then was employed by the State Highway Administration, Patuxent Nurseries in Bowie, MD, and LaMotte Chemicals in Chestertown, MD.

Georgie converted to Islam in 2016 becoming a Sunni Muslim where he worshipped Allah. He took his religion seriously, sharing his faith with anyone he came in contact with. This would include his friends at the gas stations, convenience stores and any friendly face that was willing to listen. He took pride in showing his nephew Amir how to pray in the Muslim faith, this is where they found time to bond.

Georgie loved to be near the water; he would often visit these peaceful places where he grew up. He often captured these moments by taking  pictures near Rock Hall, Cox Neck Road, and “down” Little Creek. He loved listening to rap music and could be found rapping along with State Property, one of his favorite groups. George would even write rhymes and have freestyle battles in the living room. He loved to spend time with his family. He would always make sure that his Granny got where she needed to go. She was one of his favorite passengers. His mother was his heart, they shared an incredibly special bond, she was everything to him. He could always count on his mother to be there for him. He was very protective of her, even when apart they’ve always been able to feel each other’s presence?

Another pastime of his was working on his 2003 all white Crown Vic. He took great pride in his car; he was spotted one time with the whole     dashboard dismantled in granny’s front yard. He once locked himself in the trunk to show his sisters how to escape if someone was trying to kidnap them. This past Memorial Day, George and his sister Ashley desperately wanted to barbeque. They set up a miniature grill that took no less than six hours to cook a pack of hotdogs, but they made it happen together.

George was preceded in death by his paternal grandparents; Paul Veeney, Elizabeth Stowers, and Will Alfred Stowers, his maternal grandfather, George Hill Jr., and his father James Alexander Reed Sr.

To order memorial trees or send flowers to the family in memory of James Reed, Jr., please visit our flower store.