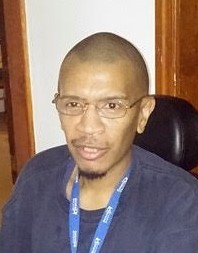 James Leroy Monroe, Jr. “Money”, as he was called by his friends, departed this life on Tuesday, May 17, 2016 at his residence in Cambridge, Maryland.

He was born January 25, 1970 in Easton, Maryland, son of Barbara Wilson and the late James L. Monroe Sr. Lester A. Wilson Jr. became James’ dad at the age of 18 months.

James attended the Talbot County Public Schools.  While in school he played baseball, football and ran track.  He loved playing chess and playing baseball with the little league team in Oxford, Maryland.

He was an awesome, loving, funny, crazy and all around person to be with.  He was employed with the Star Democrat, Waverly Press, Easton Memorial Hospital, Southern States and other various jobs.

James attended Scotts United Methodist Church where he sang in the Children’s Choir, Youth Choir and went to Men’s Days with his father.

To order memorial trees or send flowers to the family in memory of James Monroe Jr., please visit our flower store.