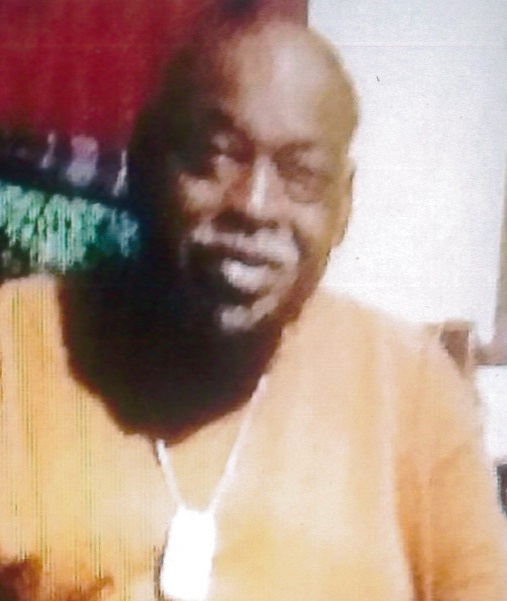 James William Molock, 61 of Cambridge, MD departed this life Thursday, June 28, 2018 at Coastal Hospice by the Lake at Deers Head Hospital Center in Salisbury, Maryland. He was 61 years old and was lovingly called “Rocky”.

James, better known to many as Rocky, was born October 15, 1956 in Cambridge to Calvin Molock, Sr and the late Helen Molock.  James, while having no children of his own, helped raise Lance Adams of Minnesota, like a son.

James was educated in the public schools of Dorchester County.  His last employment was with Coldwater Seafood in Cambridge. James attended True Gospel Tabernacle of Praise and enjoyed services at the Bradford House, where he was a resident. He enjoyed sitting out at the Bradford House talking to everyone and knowing everything.  He liked shooting pool and cooking rice pudding. Because he loved playing old Motown CDs, he was often called “Rolling Rock.”

Growing up, James always had a mind of his own. He told his oldest sibling, Mary, who had the responsibility of caring for them while their parents were at work, that she couldn’t and didn’t tell him what to do and that spirit continued right into adulthood. However, he was a big brother to his youngest sister Jackie and they paled around together in their younger days.  Not to leave the boys out, they were best friends, they were boys, they had each other’s back in life and now, in death.

Rocky loved people, talking, and being funny. He loved fried chicken and was always trying to trick innocent visitors, family, and friends into getting chicken for him; promising he wouldn’t eat the skin! When these visitors checked, they found that he was not to have chicken, skin or otherwise! Now, upon reflection, you wonder. It was the last thing he requested.

In addition to his mother, he was preceded in death by his paternal grandparents: Rosie and Alvin Molock; a brother, Thomas Sylvester Molock (2017), a sister, Jacqueline Molock Nuton (2018) and one brother-in-law, William Ennals (2016).

Our life and times with “Rocky” will be cherished forever.

To order memorial trees or send flowers to the family in memory of James Molock, please visit our flower store.