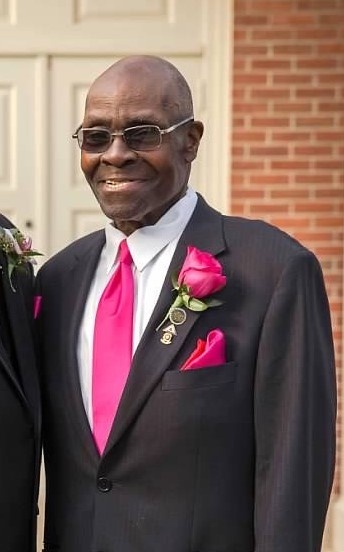 Raised in Wittman, MD, James attended the former Wittman Elementary Colored School and was a graduate of the 1955 Class of Robert Russa Moton High School in Easton.

James returned home September 8, 1959 and began his civilian employment with J.B. Reese, where he worked for four years.  He then went to work for the C & P Telephone Company, which later became Verizon and stayed with the company until he retired in 1995.  Upon his retirement from Verizon, James worked for several years with Kunkel Auto Parts until his health began to fail.

On June 24, 1995, James married the former Shirley Ann Smothers.  James and Shirley soon became foster parents and cared for several children before adopting Kayla and Daniel Farmer at their own.

James was an active member of New St. Johns United Methodist Church, Wittman, serving as a Worship Leader and singing on both joint and men’s choirs.

He also maintained membership in the American Legion Blake Blackston Post #77, Easton, MD and was a Lifetime Member of the E.E. Streets Veterans of Foreign Wars Post #5518 also located in Easton.

In addition to his parents, James was preceded in death by his wife Shirley, November 6, 2019.

To order memorial trees or send flowers to the family in memory of James Grace, please visit our flower store.