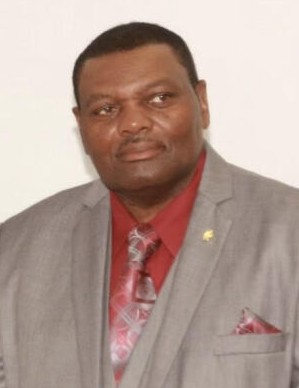 A Time to be Born - James Cooper, Jr. son of the late James and Agnes Cooper was born on August 30, 1953 in Cambridge, Maryland. He was educated through the Dorchester County School System and graduated from Cambridge High School with the Class of 1971. He departed this life and entered his heavenly home on November 9, 2021.

A Time to Love -- In 1976 James met and fell in love with Renee who would become his best friend and devoted wife. They were joined in holy matrimony on August 24, 1985. God blessed their  union with three sons, James "ID" Cooper, Donnell Cooper and Lavar Cooper. James and Renee had a loving relationship for 45 years.

A Time to Serve - James was a dedicated worker throughout his years of employment. He was a supervisor with Mail-Well Graphics for many years until the company closed its Cambridge location. He later became employed with Suburban Propane where he remained until his retirement. James was also a past member of the Army  National Guard.

A Time to Praise -- James began his Christian walk at a very early age. He was a member of the children's choir at St. Paul United Methodist Church in Woolford, Maryland. As a teen, he was baptized in the name of the Father, Son and Holy Ghost. As an adult James sang to the glory of God with different groups. James along with Tyrone Wilson and the support of his wife Renee started the "Heavenly Sons of Joy". God blessed the group over the years and eventually all three of his sons were members with his youngest son being only 9 years old when he began singing with the group. James continued to grow in the Lord, He was a faithful member of Greater Christian Fellowship under the leadership of Pastor Turhan Potter until the ministry relocated. James was a Godly man who truly loved the Lord. One of his favorite songs was "Singing on the Heavenly Choir”.

He was preceded in death by a son, James "JD" Cooper, his parents James and Agnes Cooper and a sister Lois Cooper.

To order memorial trees or send flowers to the family in memory of James Cooper, Jr., please visit our flower store.