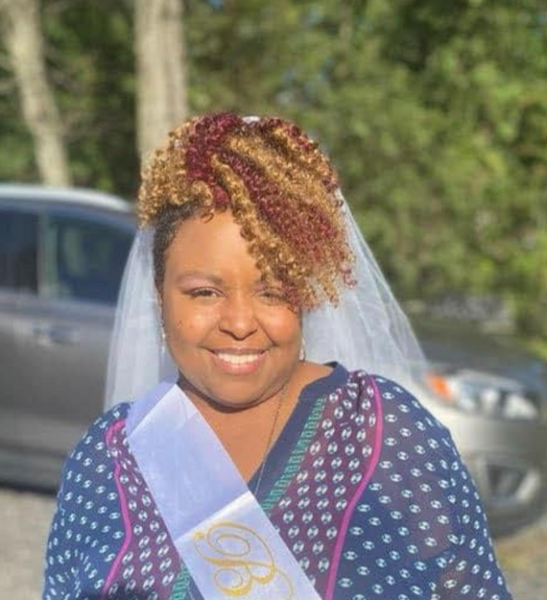 Jamel Rashanne Tolson-Ireland was born on May 24, 1975 to the late Barbara Tolson and Robert Harper in Philadelphia, PA.  Mellie, as she was affectionately called, went home to be with her Lord and Savior, Jesus Christ on October 29, 2020 at Anne Arundel Medical Center.  She was 45 years old.

Mellie received her early education in Lawnside, NJ.  At the age of 12, she moved to Maryland and was educated in Queen Anne’s County Public Schools.  She finished her education at University of Maryland Eastern Shore where she studied Early Childhood Development.

Jamel was loved by all.  She often treated her students as her own children.  Mellie would never hesitated to wipe a “boo-boo”, give a hug or just a simple “I love you” to any of them.

At an early age, while traveling along with her mother to various churches, Jamel began her walk with Christ.  As an adult, Jamel decided that she would live her life serving God and her church.  Often times, family and friends would come to her for advice.  Jamel’s response would always be “Pray about it”.  She never did anything without praying first.  She was a true example of “A Woman of God”.

On June 07, 2004, Jamel was blessed with what she considered her greatest accomplishment and blessing, Shaniya Barbara.  Her gratefulness to God showed through her actions with the love she shared with her daughter.  There weren’t many times you saw Jamel without her “Puddin”.  Shaniya was everything to her mother.  Then on May 21, 2017, Mellie received another blessing from God when she met her husband, Leslie Ireland.  They often enjoyed going on road trips, shopping sprees, dinners and church together.  The three of them were a perfect blend.

To order memorial trees or send flowers to the family in memory of Jamel Tolson-Ireland, please visit our flower store.