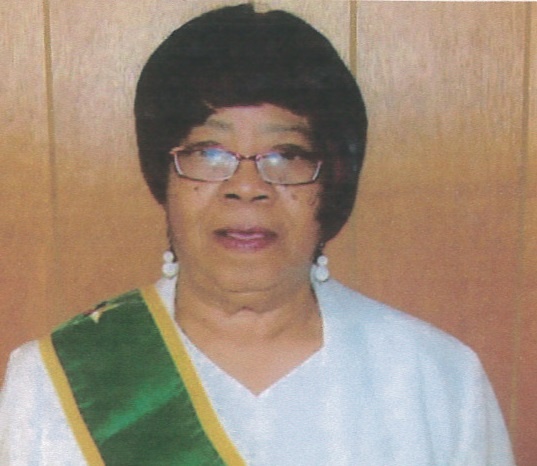 Iva Lee Gattis Farrare, 77 journeyed from her earthly dwelling to her heavenly home on Saturday, September 23, 2017.

Iva, often called Peggy, was the eldest child born on April 26, 1940 to the late Raymond, Sr. and Ada Margaret Gattis. She graduated from the former Salisbury High School and continued her studies at Bowie State College, Bowie MD.

Iva was formerly employed at Hecht Company in Salisbury and MaTech Corporation in Hebron. She retired from Coldwater Seaford Corporation in Cambridge after 32 years of employment. After retiring, she became a mentor for high school students at Mardela High School.

Iva was a longtime member of Mt. Pleasant AUMP Church in Mardela Springs. She most recently worshipped at Mt. Nebo U.M. Church in Columbia, DE frequently with her friend Marion. She was a member of Sharptown-Columbia American Legion Auxiliary #269, Sharptown where she served as Chaplain. She was formerly affiliated with Friendship Chapter #57, Order of the Eastern Star, P.H.A.

Iva was a petite lady of statue. She was loving, caring, and sassy. She spoke her mind and didn’t care whose feelings she hurt. Although her grandchildren were the apples of her eye, she could love them and scold them at the same time. Then remind them of her favorite saying, “I do it from the heart.”

Iva will be welcomed into heaven by her parents Raymond, Sr. and Ada Margaret Dashiell Gattis; her husband Gordon “Wimpy” Farrare; daughter, who preceded her in death by 22 days, Sherita Ann Conaway; grandson Duante Lankford, and brothers Robert “Bobby” Gattis and Ralph Gattis.

To order memorial trees or send flowers to the family in memory of Iva "Peggy" Farrare, please visit our flower store.