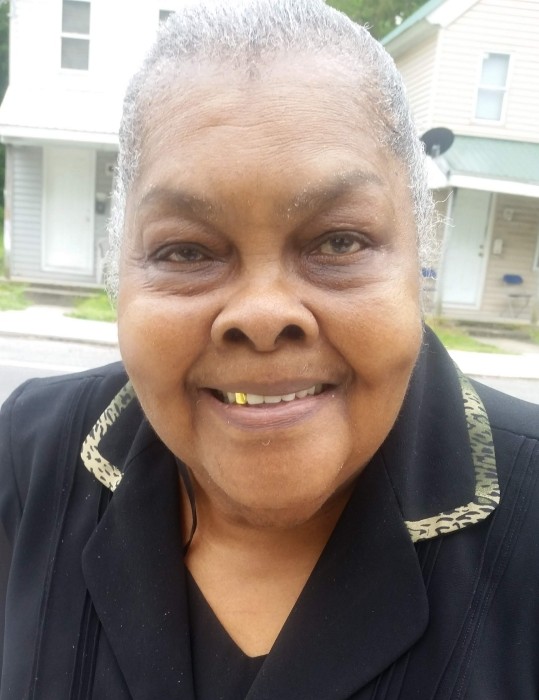 Irene Marie Thomas 78, departed this life on February 26, 2020 at Mallard Bay. Born November 2, 1941 to Fairy Bell Jordan Beasley Bines and John T. Beasley in Georgia. She was raised in Maryland and married William Thomas in April of 1972. Their union lasted until his death in 2006. Irene worked at Bumble Bee Tuna until it closed and was a faithful member of National Church of God. There she served as usher, Sunday School teacher & Sunday School superintendent. Irene was known at her church for singing those old hymns. She is survived by 3 daughters, Deborah Sharp (Savia) of Ft. Washington, MD, Catherine Thomas & Lisa Thomas both of Cambridge, a brother Leroy Beasley (Stella) of Oxon Hill, MD, a bonus grand daughter Kahlilia Woodlon and a bonus great grand daughter Xzuriana Woodlon, both of Ft. Washington, MD nieces, nephews and a host cousins. She was preceded in death by her parents, her huband, 2 sisters Eunice Beasley & Elizabeth Beasley, a brother Hubert Beasley and her stepfather Rev Samuel Bines.

To order memorial trees or send flowers to the family in memory of Irene Thomas, please visit our flower store.