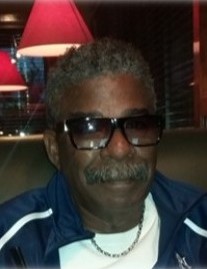 Hugh Roberts, “aka Bubby& H-town”, age 71, and a recent  resident of Cambridge Maryland, was called to rest on January 14 at Shore Medical Center in Easton, Maryland.

Hugh was born in Easton,  Maryland on June 23, 1948. His mother was a housekeeper and home health aide and his father was a truck driver. Hugh graduated from Moton Jr/Sr High School in 1966 where he was voted the most handsome boy of the graduating class. After graduation, he left Easton for the bright lights of New York City. In 1968, he was drafted into the United States Army. After basic training and stateside duties, he was deployed to the Republic of Viet Nam and fought as a member of the 82nd Airborne Division.

In 1970, he returned home from Viet Nam. Between the years 1970 – 1979, he held several different jobs and positions of  responsibility including Special Police for the Smithsonian  Institute in Washington DC during the Bicentennial Celebration of 1976. In 1979, he became a member of the District of Columbia Fire Department as a Firefighter and Emergency Medical Technician (EMT) in the nation’s capital. In 1992, he became the General      Manager for Printing Etc., a family owned print shop in Prince Georges County Md. From 2000-2005,  he worked as an Addiction Research Interviewer and  Addictions Specialist for Friends Research Institute and the  University of Maryland Drug Treatment Center.

In 2006, he worked part-time as a stevedore at the Wilmington  Delaware dock. Later, he joined the Department of Veterans Affairs. In 2009, He met and married Barbara Ann Hill of  Baltimore. In 2010, to be closer to home, he transferred with the Dept. of Veterans Affairs to Baltimore. In 2012, he was raised as a 3rd degree Master Mason at Mt. Lebanon Lodge in Baltimore, Maryland.

For Hugh, it was always family first. He loved his family; all of his family. He looked forward to family gatherings of any kind, especially a backyard BBQ. He also loved motorcycle riding, playing chess and backgammon, listening to music, dancing and singing his favorite  karaoke song by Aaron Neville “tell it like it is”.

To order memorial trees or send flowers to the family in memory of Hugh Roberts, please visit our flower store.