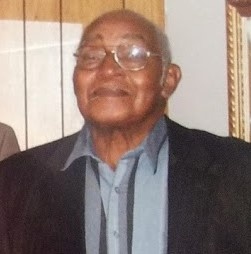 He was born August 31, 1931, son of the late Oliver Melcar Sherwood Sr. and Florence Virginia Warner Sherwood. Herbert was educated in the public schools of Talbot County and was married to the late Virginia Thomas Sherwood.

Herbert was employed with Rob Roy until the business closed and later became self employed as a landscaper. His hobbies were fishing and repairing lawn mowers.

In addition to his wife and parents, Herbert was preceded in death by two brothers, Oliver and Harold Sherwood, three sisters, Alice Mae (Juanita), Ruth Sherwood and Catherine Butts.

He is survived by two daughters, Joyce Banks (Easton, MD) and Janie Morrow (Wilmington, DE); Byron Thomas (Arizona), who was raised as his own son; 8 grandchildren; brothers, Earl Sherwood (Easton, MD), Jacob (Marianne), Norman (Lola) and Stanley Sherwood (all of Gary, Indiana); sisters, Marion Green and Florence Sherwood (both of Easton, Maryland) and a host of great grandchildren, nieces, nephews, cousins and friends.

To order memorial trees or send flowers to the family in memory of Herbert Sherwood, please visit our flower store.