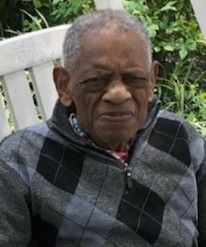 He was born May 21, 1939, son of the late Carroll and Anna Murray. He was educated in the public schools of Talbot County and served in the U.S. Army until he was injured. Herbert resided in Baltimore for 17 years with his caregiver, Mrs. Jewel Felton

In addition to his parents, he was preceded in death by a brother, Leonard Murray and a niece, Marcia Murray.

To order memorial trees or send flowers to the family in memory of Herbert Murray, please visit our flower store.