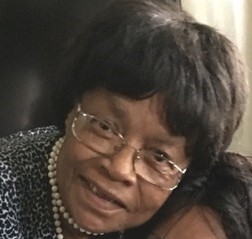 Helen Elizabeth Woolford was born December 23, 1930 in the Thompsontown area of East New Market, Maryland. She departed this life on August 27, 2018 at the Levindale Geriatric Center and Hospital in Baltimore, MD after dealing with a brief sickness.  She was the daughter of the late Floyd and Edith Henry.

At the age 20, Helen moved to Baltimore, MD where she later married her late husband of 58 years, Wesley Woolford.

Helen was a graduate of the former St. Clair High School, Class of 1947, in Cambridge, Maryland.

Helen was a supervisor for some time at a major glass making facility in Baltimore, MD.  She also attended cosmetology school where she graduated and became a licensed beautician.  Later in life, Helen began working at Solo Cup in Baltimore as a mechanic supervisor until her retirement.

Helen loved her newfound home of Baltimore and her dear neighbors.  She attended Agape House where she was a faithful member and cherished her church family.  She was known as “Young Girl” by her church family although she was the eldest of them all.

While still showing love for her home town and family on the eastern shore, Helen would return home as often as she could until her health began to fail.  Helen loved to cook and eat.  She would always provide her guest with a great home cooked meal and would often cook when she came home.

Helen is survived by a brother, Daniel Henry (Delores) of East New Market, MD; a sister, Mamie Spencer Travers of Cambridge, MD and a host of nieces, nephews, cousins and friends.

In addition to her parents and husband, she was preceded in death by several siblings.

To order memorial trees or send flowers to the family in memory of Helen Woolford, please visit our flower store.