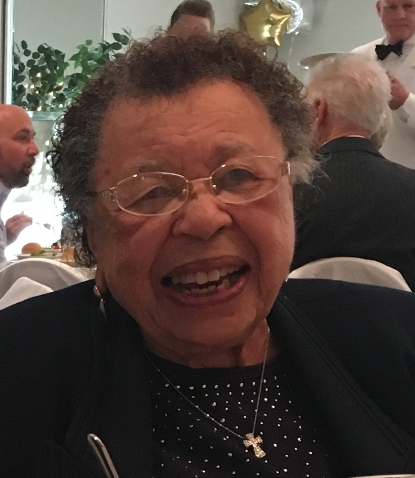 Mother Helen Virginia Blackwell known as “Ginny,” or “Sissy” of Easton, MD departed this life on Friday, May 11, 2018 at UM Shore Medical Center at Easton at the age of 96 years.  Mother Blackwell was born on April 7, 1922, she was the daughter of the late Bertha Copper and Ernest Copper and step-father Earl Copper. She was educated at the Coppersville School in Coppersville, MD.

She worked for several families as a domestic engineer and as a caregiver sharing her love of people and service with everyone she came in contact with. She also loved spending time with her family. She attended Deshields United Methodist Church which merged in 1988 with three other churches in 1990 and later became St. Matthew United Church.

She was preceded in death by her parents, daughter Joanne, two sons, her sister Catherine Geraldine Brown, grandparents, aunts and uncles.

She was grateful for the friendship of Bruce Richards, Anna Norton, Susie Leight and her cousin, Grace Perkins. She also leaves the special affection for the St. Matthew Church and St. Marks Village families as well as many other people.

To order memorial trees or send flowers to the family in memory of Helen Blackwell, please visit our flower store.