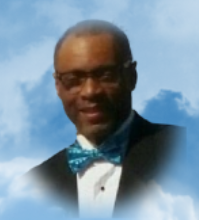 Hayward was educated in the Dorchester County Public School system.

Hayward was a former member of “NYCD” and “Dr. Rock and Company DJs”. He was known as "I.C.Y."

Hayward’s passion was working on cars. You could always find him under the hood of someone’s car. He was employed at Haynes Automotive in Cambridge, MD and while living in Alexandria, VA, he was employed at Lindsey Cadillac, and Good Samaritan Mobile Unit.

Upon relocating to Alexandria, VA, he attended Harvest Assembly Baptist Church under the leadership of Johnnie Abram. Hayward renewed his Faith with the Lord. He was Baptist and was an active member. As his passion for cars, he would always make sure the single ladies’ cars would be ready for the winter and summer.

He was preceded in death by his Father, Laymond R. Chester, Sr.; Grandparents, Alice Johnson, Edith Chester and Daisy Ferguson.

To order memorial trees or send flowers to the family in memory of Hayward Johnson, please visit our flower store.