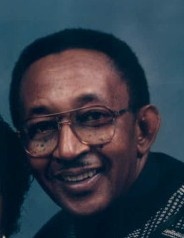 Hamon Albert Ross, 79 departed this life Friday, December 18, 2020 at UM Shore Medical Center in Easton, Maryland after a brief illness. Hamon was born on November 19, 1941 in Hoopers Island, Maryland and was the only son of the late Alberta Dorsey Ross and Haymon Benjamin Ross.

He was educated in Dorchester County Public Schools, graduating from Maces Lane High School with The Class of 1960. He was joined in holy matrimony in 1980 to Berdina Chester. Of  this union there was one daughter, Talisha Ross of Cambridge and one stepson, Fenton Chester (Donna) of Washington, DC.

Hamon was employed with Chun King for 26 years, the State of  Maryland (County) and UM Shore Medical Center at Dorchester where he retired.

He was a member of St. Paul United Methodist Church in Harrisville then transferred to New Revived UM Church and later St Luke UM Church. He was a devoted and faithful member as an Usher and Choir member of all three churches. His favorite song was  “I am Redeemed.”

Hamon was a humble and kind person and truly loved his family and church family and friends. He was a loyal fan of the Baltimore Ravens. In addition to his parents, he was preceded in death by one step-daughter Beverly Ann Stanley, three cousins and five sisters-in-law.

To order memorial trees or send flowers to the family in memory of Hamon Ross, please visit our flower store.