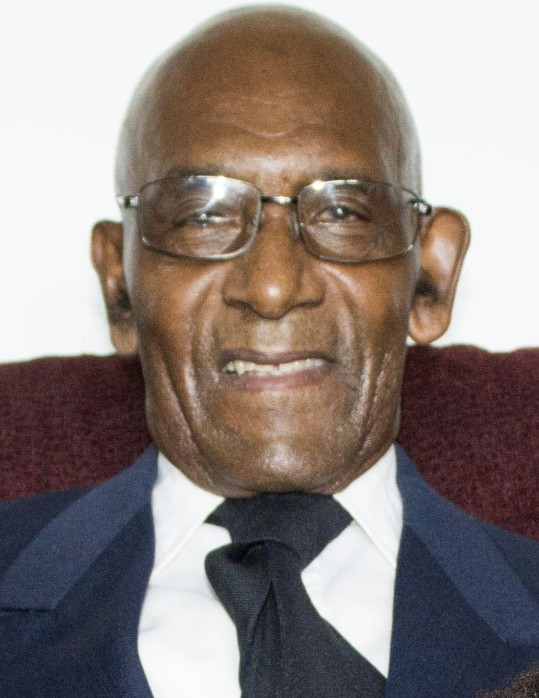 Greason Winfield Jackson,94, was born on January 12, 1928 to the late Mr. Noah James Jackson and Mrs. Emma Jane Farrare Jackson in Brookeview, MD. He was the third of eight children.

He was educated in the Dorchester County School System attending Jones Thicket School and graduated from St. Clair High School in Cambridge, Maryland. Winfield was drafted to the Army and returned home in 1950.

Winfield worked as a Laborer for DuPont and I.A. Construction. He also was part-time entrepreneur as a farmer, gardener and fix it man. Winfield has been part of the Laborers’ International Union of North America for well over 50 years. Winfield loved to be outside and loved working. If it could be fixed with a wire hanger and tape…he would fix it right up.

Winfield’s family Church is Zoar United Methodist Church in Reids Grove, MD. Although he never joined Wallace Temple AME Zion church, he attended this church for many years with his wife and was very instrumental in making sure the church was clean and had oversight of any maintenance issues that would occur.

To order memorial trees or send flowers to the family in memory of Greason Jackson, please visit our flower store.