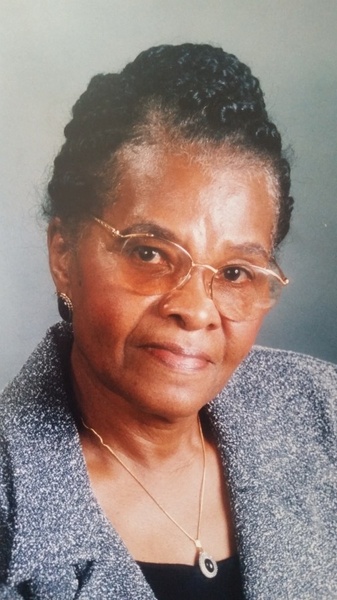 Gloria Edonia Farrare Harris was born September 4, 1932 in Dorchester County Maryland to the late Sancy Farrare and Marin T. Harris. She departed this life on Sunday, November 26, 2017 in Easton at age 85.

Do to the passing of her mother at the tender age of three, she was raised on Rail Road Hill near Hurlock, Maryland by her uncle John ‘Wes” Dobson and Aunt Marie Farrare-Dobson with first cousins Genevra, Joyce, Jackie, and Helen whom she was raised as their sister. As children they did housekeeping, cooking, canning, vegetables and gardening and they attended church and participated in church activities.

Gloria was educated through Dorchester County Public Schools, graduating with honors from Frederick Douglass St. Clair High School at the age of 16. Gloria was united in Holy Matrimony to the late John “Doc” Harris on November 23, 1963. Gloria was a lifetime member of New Zion United Methodist Church in Newtown and served in many capacities over the years, such as a certified lay speaker, trustee, SPRC member, President of the usher board, member of New Zion United Methodist Choir, willing workers club, hospitality and took care of church beautification.

Gloria worked various jobs over the years such as Harrison Javo Tomato Factory, Bogashes Sewing, Read’s Drug Store, Continental Can, Caroline Center, and Adventist Behavioral center. Gloria was a committed, supportive, firm and loving person. She encouraged her children and grandchildren to keep God first and work hard. She would say “Mama may have, Papa may have But God bless the child that's got his own”

In addition to working hard, raising her family and being active in the church Gloria enjoyed working in her yard. Whether it was helping Doc with the garden, helping mow the lawn, tending to her flowers or simply pulling weeds, being outside brought her great pleasure. Gloria also enjoyed traveling. She went on several cruises, traveled to Hawaii, Fiji Islands, Alaska and Israel, where she was baptized in the Jordan River. Gloria had a passion for life.

In addition to her parents and her loving husband, she was preceded in death by one son, Gerald Farrare, 3 sisters: Genevra Sampson, Jacqueline E. Dobson and Shirley Cofield; one brother Theodore (Sonny) Wright.

Gloria was deeply loved and appreciated and will be missed by her family, church family and loved ones.

To order memorial trees or send flowers to the family in memory of Gloria Harris, please visit our flower store.