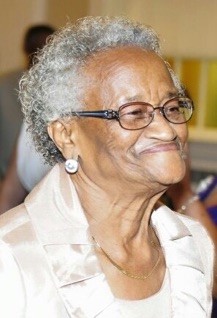 Glendora received her education from Jones Thicket Elementary School in Rhodesdale, Maryland, and in 1946, graduated from St. Clair High School in Cambridge, Maryland. She attended Timshell School of Cosmetology and graduated as a beautician.

In 1949, Glendora married her soul mate, Linwood Major, Sr., and from this union, there were three children – Cynthia, Lionel and Alissa.

Glendora accepted the Lord at an early age at Reids Grove United Methodist Church in Reids Grove, Maryland. Until her health failed, Glendora was an active and faithful member of Bethel African Methodist Episcopal Church in Cambridge, Maryland, for many years, where she served as a member of the Trustee Board (serving as Secretary and Treasurer), Chancel Choir, and the Layman’s Organization. She also belonged to the Matrons, Silver Leaf Club, Cemetery Committee, Carnation Club, and Homecoming Committee, and had been chairperson of the Women's Day Committee on more than one occasion. Glendora was so dedicated to the Church that she was a volunteer custodian, fundraiser, and a kitchen helper. No job was too big or too small for her to lend a hand.

For a number of years, she helped organize activities for the Askins-Farrare Family Reunions and was an active member of the Thomas/Pinkett Diaspora. Additionally, Glendora was involved in her community, where she prepared food for her neighbors who were in need, gave rides to those who needed rides and helped with the soup kitchen. Anywhere that anyone needed help, Glendora was there.

Glendora had an outstanding work ethic.  As a child and in her youth, she worked on the family farm.  She worked at several jobs, including working with her father as a substitute bus driver. Upon her father’s retirement, she acquired ownership of his bus company, which she named the Major’s Bus Service. She owned the company for more than 50 years. She transported people to their jobs and made sure to get many children to their various schools safely. She was a member of the Bus Contractors Association where she served as the Secretary. Even though she was no longer the driver, she rode the bus on holidays to distribute goodies to the children.

Glendora received awards from her church and the National Association for the Advancement of Colored People acknowledging her efforts on behalf of the community. Glendora’s motto was “If I can help somebody along the way, then my living will not be in vain.”

To order memorial trees or send flowers to the family in memory of Glendora Major, please visit our flower store.