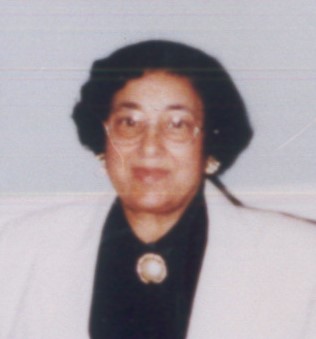 Gertrude Lillian Jones, 97 went to be with the Lord on Wed., September 28, 2016 at her son in-law and daughter’s home in Lewes, Delaware surrounded by her family.

She was born March 29, 1919 in Philadelphia, PA and raised by her grandmother, Carrie Jenkins.  Gertrude received her education in the Dorchester County Public School System. She was a graduate of Chesapeake College and received her Associate of Arts Degree.

She later married the late Phillip Jones and from that union they were blessed with two children, Sonya and Marshall.

Gertrude received numerous awards.  Her interest in antiques began as a child when she often visited a great aunt who had a number of antiques in her home.  It was reinforced by visiting museums. Many people would take her with them when they went antiquing particularly Mrs. Dolly Palmer.  Mrs. Palmer was a great deal of help to her in learning about antiques.  Her interest led her to open her own shop, Jones Antiques in 1952.  She participated in a half dozen or so antique shows a year and perhaps another half dozen or so flea markets near and far.

Gertrude accepted the Lord at an early age and a lifelong member of Bethel AME Church, Cambridge, MD.  She taught Sunday School, was a member of the Matrons Club, Trustee Aid, Sunshine Club, Tribe of Levi and Bible Study.  Gertrude faithfully supported her church financially.  She enjoyed reading the Bible and Proverbs was her favorite book of the Bible.  She also enjoyed watching sermons delivered on the Christian Channel. Gertrude had a love for helping people and did so very well.  She traveled around the world to Israel, Italy, Rome, Greece, Canada, Nova Scotia and many more.  She lived a glorious life.

She was preceded in death by her husband, Phillip Jones.

Left to honor Gertrude and remember her love are her two children, Sonya Jackson (Irving), Lewes DE and Marshall Jones (Sabrina), Corpus Christi, TX; nine grandchildren, three of her grandchildren, Chris, Matt and Chelsea, she shared many memorable moments traveling, disciplining and supporting all of their endeavors. Above all she taught them how to love and reverence God; twelve great grandchildren; one grand dog, Drake; two adopted daughters, JoAnn McCready and Goldie Cooper better known as “the girls”.

We will always carry her memory in our hearts.

To order memorial trees or send flowers to the family in memory of Gertrude Jones, please visit our flower store.