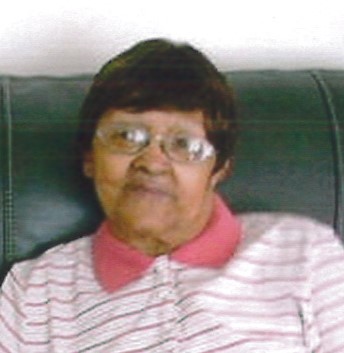 Geraldine Askins Pinder 85 of Salisbury, Md passed away peacefully at home surrounded by love ones on October 1, 2016.

Geraldine attended the Dorchester and Queen Anne Co Schools. She started working at an early age with her grandmother Harriet Askins as a domestic worker, cooking and  making cakes and pies for the store they lived next to on Washington St. Memories of years ago she talked a lot about over her last few years. Geraldine was also employed with local factories such as Phillips Packing, Coldwater and  Clam Chip to name a few.

Geraldine raised 8 children during the tumultuous 60’s in Cambridge’s civil rights era. In the most challenging of times, standing 4’11 she was tough. She knew the Lord and praised him daily. Especially for given her good health and strength over the years. She affiliated with Union Chapel AME Church under Rev. Strawberry, United Methodist Grasonville, Md under her father Rev. Robinson and Zion Baptist Cross St Cambridge.

Geraldine leaves to mourn daughters Lolita Long, Tracy Allen of Salisbury, Md and Shirley Woolford of Cambridge, Md; sons Anthony Askins (Jacquelyn) of Texas, James Allen, Darrin Askins and Kenny Askins (Vanessa) all of Salisbury, Md; One niece Iantha Askins of Washington, D.C., nephew Ruddell Askins of Wilmington, De; One granddaughter who was sure to talk to her every other day Keyonda Allen of Cambridge, Md; One special friend Brenda Hall; 14 grandchildren, 21 great grandchildren and a host of cousins and friends.

She was preceded in death by her husband Paul Pinder, sons Lemonte Askins and as an infant Standford Askins, brothers Ruddel Askins, William Robinson, grand daughter Tyshika Askins. One niece Diane Askins and a nephew Terry Johnson of Grasonville, Md.

To order memorial trees or send flowers to the family in memory of Geraldine Pinder, please visit our flower store.