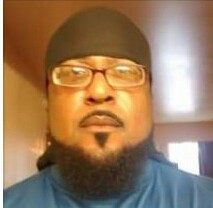 Gerald L. Sheppard known to all as “Chub” departed this life on April 20, 2017.  Born to parents, Roland and Sadie Sheppard (both deceased).  Gerald was born in Delaware where he grew up and also received his education.  Gerald was a twin and could be found hanging out with his brother, Darryl (known as Big) dancing, partying or just being silly.

He will be greatly missed by those who truly loved him.

To order memorial trees or send flowers to the family in memory of Gerald Sheppard, please visit our flower store.