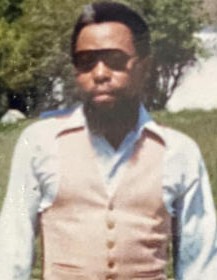 George Irvin Brown, Jr (Teenie) 70 died Tuesday March 25, 2020 at St. Agnes Hospital in Baltimore, MD. George was born March 17, 1950 in Hague, Virginia to the late George Irvin Brown, Sr., and the late Anna Amelia (Plummer) Brown. He lived with his wife and sons at 615 Hubert Street for 30 years. He received his education in Virginia. He went into the Army at age 19 from 1960-1972. He was a Green Beret and Sharpshooter 101 Airborne Screaming Eagle. His nickname was “B-Bo.”

He was a great father, husband, leader and teacher. He loved music, dancing with his wife, watching movies, especially Westerns, and playing spades, his partner being his nephew Perry.

He was proceeded in death by his parents, his wife of 42 years Dollene, two sister in laws Annette and Nancy, one sister Lorraine, two brothers George Brown(Bobo) and Wilmer(Skip Brown, two brother in laws Reggie Major and Sylvester Major.  George Will be missed very much by everyone who knew him.

To order memorial trees or send flowers to the family in memory of George Brown, please visit our flower store.