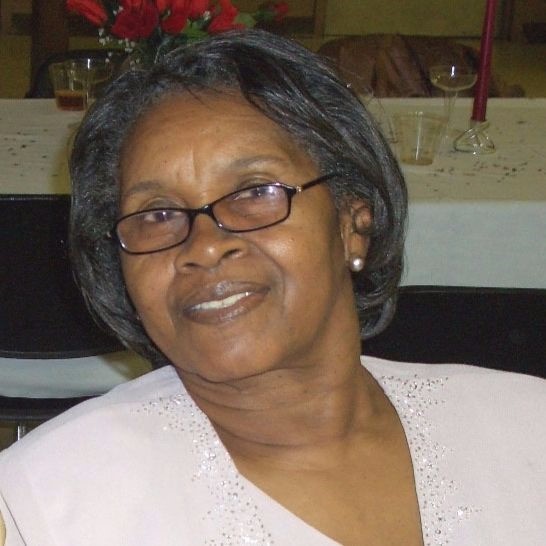 Genevra Gwendolyn Farrare-Sampson was born on February 19, 1931 in Yeadon, Pennsylvania (outside Philadelphia) to the late Marie Farrare-Dobson and William T. Campbell.  She departed this life on Monday, August 14, 2017 in Cambridge, Maryland at age 86.

She was raised on Rail Road Hill near Hurlock, Maryland by her step-father, John ‘Wes’ Dobson, and mother Marie Farrare-Dobson with sisters, Joyce, Jackie, Helen, and first cousin Gloria, whom was raised as a sister.  As children they did housekeeping, cooking, canning vegetables and gardening and they attended church and participated in church activities.

She was affectionately called “Gen” and received her education in Dorchester County and graduated with the Class of 1948, Frederick Douglass St. Clair High School in Cambridge, Maryland.  Genevra was united in marriage with the late Daniel J. Sampson Jr. (MSG, US Army Retired) on October 3, 1953 at her parent’s home.  In 1958, they departed together for a military assignment in Fairbanks, Alaska which lasted almost five years and during this time Alaska became the 49th state of the union in 1959.  After their assignment in Alaska, they were assigned at Fort Belvoir, Virginia where they had their first two children, Dante J. Sampson and Angela Marie Sampson.  Once settling back home in East New Market, Maryland they were blessed to have three more children, Daniel James Sampson III, Celeste Edna Sampson and Glenn C. Sampson.

Genevra has worked various jobs over the years such as daycare provider, housekeeper and was employed by various companies such as Bogashes Sewing (Hurlock, MD), Caroline Poultry (Federalsburg, MD), Horn & Hardart (Philadelphia, PA), Lady of Lourdes Medical Center, Campbell’s Soup Company (Camden, NJ), Fairbanks Dry Cleaners, and Fairbanks Bakery (in Alaska).  While assigned in Virginia she was employed at Belvoir Cleaners (Fort Belvoir, VA) and later in Maryland she worked at De Cecco Tomato Plant and B&G Foods (in Hurlock, MD).  For most of her later years she was a homemaker, mother, and grandmother.  She was a committed, conservative, supportive, firm, and a loving person. She encouraged her children and grandchildren to keep God first, do what’s right, and inspired them to be all that God has called them to be.

During her years at Faith Community UM Church, she served as a member of the Women’s Society, United Methodist Women, and the Church Choir.  Genevra worked along with Lillian “Sis” Dockins, as Church School Teacher and helped with the Youth Fellowship.  She enjoyed cooking, baking, reading, collecting cook books, watching television, sewing, and most of all shopping.  Genevra has always been a warm-hearted and family-oriented person and enjoyed her family and seeing old friends as much as possible.

To order memorial trees or send flowers to the family in memory of Genevra Sampson, please visit our flower store.