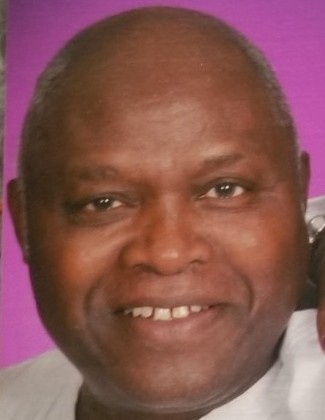 On Friday, October 23, 2020 Gary Lamont Bryan, Sr., was ushered into Heaven's gates. Gary was born on October 26, 1952, the seventh of eight children to William and Jeanette Bryan.

Gary was educated in the Maryland school system. He attended Cordtown school until 4th grade and St Clair school for 2 years. Gary then entered Macy's Lane High School, later graduating from Cambridge High School in the class of 1970. In 1972 Gary was drafted into the United States Army wherein he received a Honorable Discharge. He would finish his military career with serving 18 years in the U.S Army Reserves.

Throughout Gary's employment years he would serve at Bumblebee Seafood, English Grill Restaurant, Trappe Frozen Foods and Food Lion Supermarket.  At the time of his passing he was employed at The Renaissance Hotel (Marriott), Washington DC as a purchasing agent for 31 years.

In 1984 Gary would meet the love of his life, Sharon Marie Billups. A year later they were united in holy matrimony. Of this Union, one son, Corey Lamont Bryan was born.

Gary was a person who loved people. He was a kind-hearted person. He was all about family. Gary was a hard worker who worked two jobs for 20 years making sure his family was well taken care of. To know Gary was to love Gary. He could lift your spirits with his infectious laugh.

Gary was a member of Union Chapel AME church under the leadership of Rev. Dana P. Ashton. He loved his church. He looked forward to attending Sunday Services. Choir rehearsal was a joy for him even though he wasn't a choir member.

Gary loved football, basketball, softball and bowling. He was an avid Oakland Raiders football fan no matter their record status. Gary was the floor general of the “Chester Five” out of Cordtown, which was formed in his early high school years.

To order memorial trees or send flowers to the family in memory of Gary Bryan, Sr., please visit our flower store.