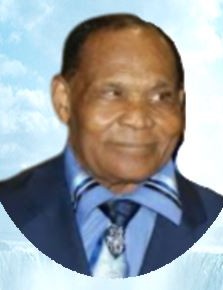 Deacon Ganes was born March 26, 1928 in Tallapoosa County, Alabama to the late Albert and Cora Cobbs Brooks. He was educated in the public schools of Stanly County North Carolina.

Deacon Ganes traveled and worked from North Carolina through Virginia as a channel fisherman and farmer until he ended his stay in Dorchester County Maryland. Deacon Ganes went to work for the Town of Cambridge for several years as a sanitation worker and he later went to work and retired from Valley protein in Linkwood, Maryland after several years of faithful service. Deacon Ganes Joined Greater Mt. Olive Baptist Church Cambridge, Maryland where he was a faithful member serving on the deacons board, trustee board, on the men’s choir and shinning lights gospel choir and a faithful Sunday school attendee.

Everyone knew Deacon Ganes loved to pray and preach from the book of Job. Deacon Ganes was also a great fisherman and cook.

To order memorial trees or send flowers to the family in memory of Ganes Brooks, Sr., please visit our flower store.