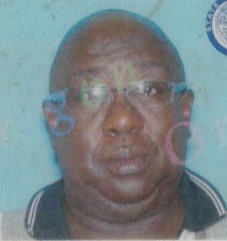 Frederick G. Jolley, son of Geneva Davis, was born on October 1, 1954 in Rhodesdale, Maryland.  Fred departed this life on September 28, 2016 in Portland, Oregon.

Fred enlisted in the United States Navy and was discharged in 1995.  During his Navy career and since, Fred traveled the world.  Fred loved cooking and was a professional chef.

Fred worked for a Veteran’s Service Organization, Bravo Hawaii, as the Veterans Outreach Coordinator.  In Oahu, Hawaii, Fred was responsible for the improvement of homeless Veterans.  He often cooked the food on the beach, and used that opportunity to get Veterans to network among each other creating small but effective support organizations. He encouraged Veterans to use the Veteran’s Administration and to apply for their Veteran’s benefits. He personally took an interest in the homeless Veteran’s health. He insisted that they maintain a high state of personal hygiene. Fred often reminding them that their homeless situation was strictly temporary and not permanent. He gave hope to those Veterans that seemed to have given up on themselves. While visiting a friend in Portland Oregon, Fred, was troubled by the plight of the homeless Veterans and other homeless people in Oregon. He felt called to Portland, that he was needed there. Fred began to help the homeless Veterans and other homeless people the same way that he did in Hawaii. The difference was that Fred enjoyed the outdoors of Oregon. He often spoke of salmon fishing and hunting. He loved the change of seasons, something that Hawaii could not offer.

To order memorial trees or send flowers to the family in memory of Frederick Jolley, please visit our flower store.