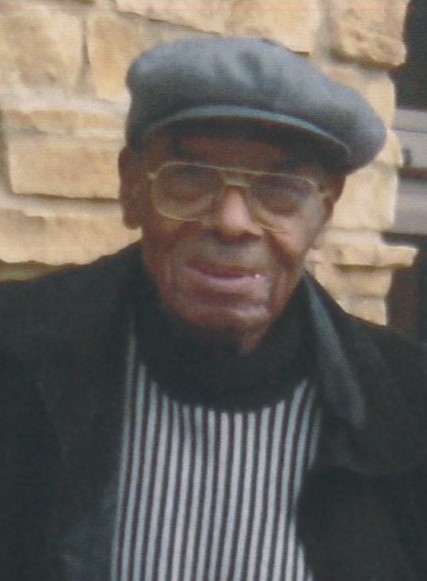 Frank Dickerson peacefully departed his amazing life on November 20, 2018 at SHC of Mallard Bay at the tender age of 104. Frank was born on May 12, 1914 in Roper, North Carolina to the late Mary Arnold and Bailey Dickerson.  His brother, Nathaniel “Buster” Dickerson preceded him in death.

After leaving the Army, Frank moved between North Carolina, Ohio and Virginia before settling in Maryland where he met the love of his life (the late) Mrs. Georgia Dickerson.

Frank lived through many events in American History; most notably, Segregation; the establishment of the Negro League (1920); the Great Depression (1930s); the attack on Pearl Harbor, which was the beginning of America’s campaign into WWII (1941); the beginning of the Civil Rights Movement (1954 through and including the 1960s). Frank watched the world change from segregation to witnessing his proudest moment when Barack Obama was elected the First African-American President of the United States (2008)!   In spite of all of the historical events that were going on around Frank, he made it his passion to love life with the grandeur that was afforded to him by always having a good time and (in his words) “act a fool.”

When Frank was in his late 90s, he decided to slow down and enjoy the finer things in life such as hanging out in the car port listening to the radio.  He was equally fond of playing slots at the American Legion Post 91, taking a ride to the casinos in Harrington, Delaware to test “Lady Luck”,  or he stayed at home and occupied himself with Maryland Lottery Scratch offs. Yet, his favorite pastime was watching WWE (wrestling) or as he would say “shoot ‘em up” movies (the old westerns) on TV.

At the age of 100, Frank received commemorations from the Mayor of Cambridge - Victoria Jackson-Stanley, Mayor of Baltimore - Stephanie Rawlings-Blake, Governor of Maryland -  Martin O’Malley, and President and First Lady of the United States - Barack and Michelle Obama.

Frank is survived by his children Frank D. Dickerson, Victoria L. Williams and “adopted son”, Keith Camper; his three (3) Grandchildren and seven (7) Great-Grandchildren, Lynell Mitchell (Malik, Ayanna and Faith Wilson); Damiya Cabell (Omar Jones, Brandon, Camryn and Ailynn Cabell) and Douglas Askins Jr.; Brother-In-Law, Jerry Glover; Dear Friend Rita Cromwell; his Stiles Circle Family and a host of family and friends.  Frank’s Son-In-Law, Melton “Reds” Williams preceded him in death.  Frank appreciated all of the people who stopped by to visit with him or took the time to give him a call.  Therefore, if your name was not mentioned, it is not for a lack of affection.

To order memorial trees or send flowers to the family in memory of Frank Dickerson, please visit our flower store.