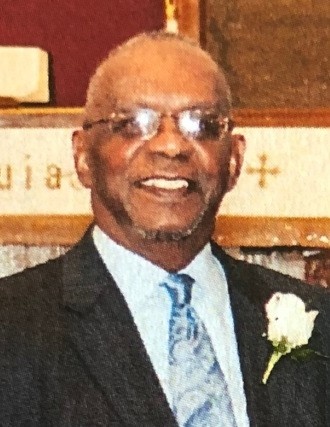 Francis was born on October 29, 1927 in Salem, Md. He was the youngest of the children born to the late Howard and Annie Boardley.  Francis received his early education at Salem Elementary School of Dorchester County, graduating in 1944 from Fredrick Douglas St. Clair High School in Cambridge, Md.  He also attended American University in Washington D.C.

After graduation, Francis joined the U.S. Navy, assigned to ships that provided support to both the Atlantic and Pacific war efforts at the end of World War II.  He returned to Salem after his honorable discharge in 1947. Francis rejoined the U.S. Navy during the Korean War, stationed in Annapolis, Md.

On November 23, 1950, Francis married Geraldine Jackson who was a childhood friend who later become his sweetheart. “Gerry” was the love of his life and they were married for almost 68 years. The family moved to Washington D.C. after the birth of their son, Howard Henry Boardley II in 1952. Their second son, Ronald (Ronny), was born in 1955.  They moved to the house on Underwood St. in 1961 and lived there for over 25 years.

During the 60s and 70s, he was an avid golfer in the Postal Golf Association, winning several golf tournaments. Francis also was a member of the Charles Datcher Lodge No. 15 of the M.W.P.H.G.L. of D.C. In addition, he helped establish a local African American financial investment club.  Francis retired from the U.S Postal Service in 1986 after 40 years of federal government service.  He and Gerry moved back to Salem after her retirement from the U.S. Postal Service in 1988. Francis worked for the Cambridge YMCA for over 10 years upon his return to the area.

Francis received his early religious background at Mt. Pleasant Methodist Church of Salem, Md.  While in D.C. he became an active member of Asbury United Methodist Church, joining the Evangel Choir and was Asbury Credit Union Board member.

Francis was preceded in death by his: son, Howard Boardley II; brother, Harley Henry; and, sisters, Margaret Marshall and Mildred Watkins.  He leaves to celebrate his life his: beloved and caring wife, Geraldine Boardley; his son and daughter–in-law, Ronald and Olenthia Boardley; his grandchildren, Jenell D’Orsay Boardley and Jason Milton-Howard Boardley; and, a host of cousins, nieces, nephews, many other relatives and dear friends.

To order memorial trees or send flowers to the family in memory of Francis Boardley, please visit our flower store.