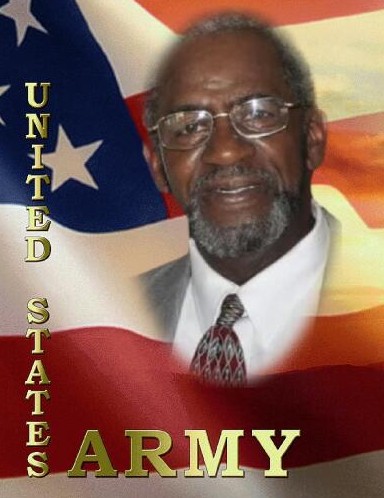 Francis Howard Allen, 77, of Easton, MD, suddenly departed his earthly life and made his transition to be with the Lord on Tuesday, September 14, 2021 at his home.

Francis was born on June 23, 1944 to the late Francis Garfield and Eleanor Woolford Allen in Easton, MD. He received his education from Talbot County Public Schools. Francis was   later enlisted in the U.S. Army from 1973 – 1979. After completing his Basic and Advanced Infantry Training (AIT) at Fort Polk in Vernon Parish in West-Central Louisiana, Francis served his country as a Specialist at The Maryland Army National Guard in Easton, MD.

On November 23, 1974, Francis was joined in holy matrimony to the love of his life, the late Jeanette “Puggie” Smith-Allen.

After his military service, Francis was employed as a truck driver with Bryan Brothers, LLC in St. Michael’s, MD and as a Custodian at Chesapeake College in Wye Mills, MD. He was later employed at Mason’s in Easton, MD as a caterer and driver for the company.

As a young man, and when he wasn’t in Philly with his late grandmother, Ella Allen, rolling down the street in a trash can with his cousin Montrose “Salty”  Hayman, Francis loved to play baseball. He was a catcher for the Talbot Giants and the Easton Braves Baseball Teams. According to his little brother Donnie, he also loved cars. Later in life, for entertainment, Francis enjoyed lip syncing with The Lip Sync Review and then later formed a new group called Impressions of Lip Sync. He loved to portray James Brown and Ray Charles!

Francis accepted Christ as a young man and was a member of the  Asbury United Methodist Church in Easton, MD where he served as a member of the original Asbury Male Choir and he also sang with the Celebration Choir. He loved the Lord and would often say, “I’ve come a long way and I have to thank God I’m not like I used to be.”

Francis was a dedicated member of the Blake-Blackston American Legion Post 77 where he served in various capacities. He was a member of the Color Guard and was Sergeant-at-Arms. In his spare time, Francis loved spending time with his    family, watching football, placing a wager or two on the numbers and hanging out with his fellow comrades at the American Legion. Anyone who knew Francis, knows that he was a die-hard Washington Team, formerly Redskins, fan and to NOT call him between 12:30-2 PM because he was watching The Young & The  Restless and The Bold & The Beautiful!

To order memorial trees or send flowers to the family in memory of Francis Allen, please visit our flower store.