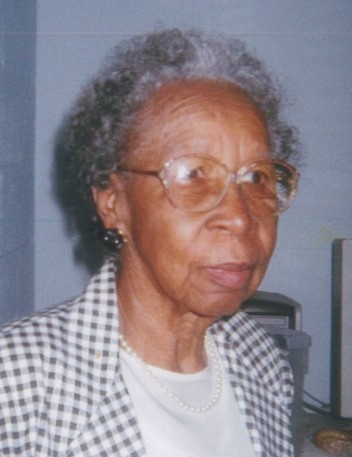 Frances Gibson Curtis 97 of Oxford, MD passed away peacefully at Talbot Hospice House in Easton, MD. Frances was born in Baltimore, MD on November 14, 1920 the second child of Edwin Gibson and Carla Gibson. She was preceded in death by her husband the famous sailmaker Albert R Curtis whom she was married to for 45 years.

Frances attended Baltimore City Public Schools and graduated from Carver Vocational High School in 1937. After high school Frances worked for a family in a domestic capacity. She later worked at Fairland Shipyard in dining services. During World War II she was employed at Glenn L Martin Company as one of the now historic aircraft women riveters. Frances then moved to Oxford married Albert and started her own business Oxford Hand Laundry.

Frances was a woman of faith. She was baptized at an early age at Ames Methodist Church in Baltimore, MD. Frances joined Waters United Methodist Church in the early 50’s and was a faithful member until she passed. While at Waters she held many positions such as Sunday school teacher, youth fellowship mentor, United Methodist Women, treasurer for 40 some years and worked doing housekeeping at the church until she was 96. She was so proud f the work she did for the Lord.

Frances had a kind loving spirit and enjoyed being around family and friends. Frances had a special love for children. Throughout her life she helped raise many children instilling in them love for all, love for the Lord and that the Lord loved them. Frances was every child’s grandmother as felt by many. Frances enjoyed traveling and had visited many places. She went on her cruise at the age of 90 celebrating her birthday with family and friends. At the age of 94 she traveled to Paris, France and Antigua, West Indies with a friend Tilghman Paca Logan and his family. Frances enjoyed history, museums, good food and gospel singing.

To order memorial trees or send flowers to the family in memory of Frances Curtis, please visit our flower store.