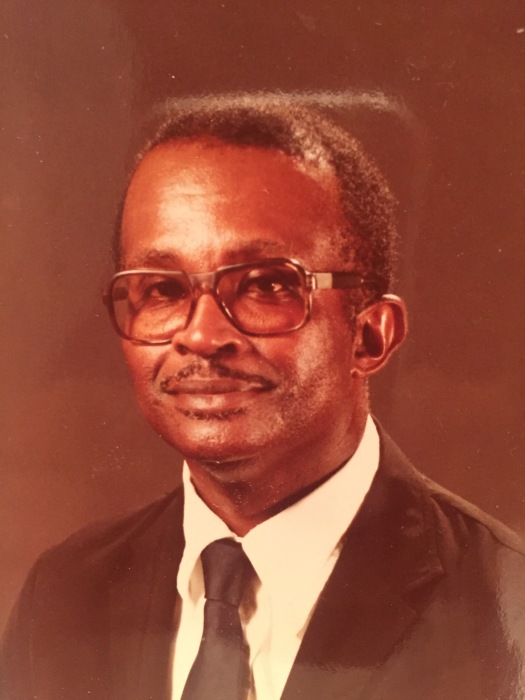 F. J. Franks, the eldest of seven children, was born to Jerry Miles Franks and Mandy Wilson  Williamson Franks Pace.  He peacefully departed this life, with his wife by his side, on November 24, 2016 at the University of Maryland Shore Medical Center in Easton, Maryland.  He was born on      August 4, 1929 in Millry (Washington County), Alabama.  While in Alabama, he had to drop out of school after the third grade to go to work to help out at home.  However, after coming to Maryland, he enrolled in classes and completed his GED.

He was a migrant worker during his travel from Alabama to Maryland.  He also worked as a truck driver, kitchen manager, security guard, police  officer in St. Michaels, worked at the high school in St. Michaels,  worked at the Tidewater Inn, butler and caretaker for the Houghtons in Queenstown, Maryland and lastly chauffer, butler and caretaker for Henry C. Beck in Centreville, MD until his retirement.  A benefit of his many many jobs was meeting and getting to know many many people.

F. J. loved watching baseball and even umpired little league baseball and softball.  The Baltimore Orioles was his favorite team.  He enjoyed playing cards.  There was not a card game that he did not know how to play.  Spades was his favorite and he could count cards with the best of them.  He also   enjoyed playing pool. Back in the day, he liked to ride motorcycles.  He was a member of the Bellevue-Royal Oak CB Club and his handle was the Honda Man.

In addition to his parents, he was preceded in death by his children, Willie Mae Franks and Floyd Franks, step-father, George Pace and siblings, Dester Holcombe, Willie Ray Franks and Marjorie Carter.

To order memorial trees or send flowers to the family in memory of F. J. Franks, please visit our flower store.