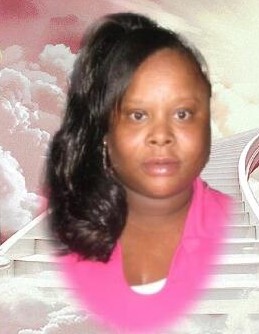 Evelyn Elaine Stevenson Bond was known to friends and family as Peaches and Katina. She was born July 27, 1974 in Edenton, NC to the late Ricky Eugene

Stevenson and Janis Elaine Rollins Stevenson. She died on August 30,2021 at her home in Cambridge, MD.

Evelyn accepted Christ in her heart at an early age, running around the house singing and dancing to gospel. After moving back to Chowan County, she joined Oxley Hill Missionary Baptist Church. Her education began in Hertford, NC at 6 years old and finished at Cambridge-South Dorchester High School in Cambridge, MD. Evelyn was a dedicated CMT at Benedictine School in Ridgely, Maryland.

Her greatest passion was cooking and baking for her children, family, and friends. She was an excellent cook and a great talker like her mom. She loved music, reading, feeding birds with her husband, and watching television.

To order memorial trees or send flowers to the family in memory of Evelyn Stevenson-Bond, please visit our flower store.