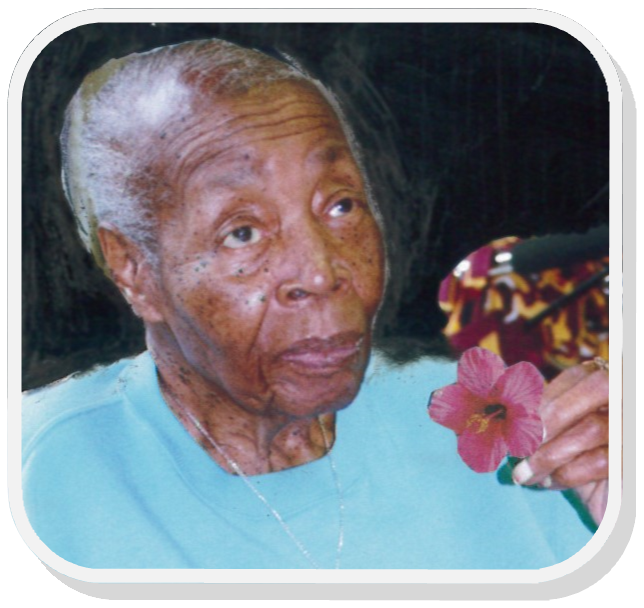 Etta A. Hopkins, daughter of the late Spencer and  Bertha Harris was born May 21, 197 in Rock Hall, Maryland. She departed this life on March 15, 2017 at University of   Maryland Nursing and Rehabilitation Center at Chestertown.

She was preceded in death by her parents; her husband, James Hopkins, who departed this life July 11, 1972; three brothers, James, Charles and Robert ; one loving sister, Mildred Beatrice Hawkins and a favorite aunt and uncle, Gussie and Purnell Moore and a niece, Barbara Ann Harris Roberts.

Etta attended public school in Kent County, Maryland. She was an avid reader and a great cook who always welcomed friends and relatives to delectable dishes.  Her favorite item was delicious iced tea with secret ingredients.  No one ever found out what she used to make her iced-tea. She worked various jobs throughout her life, including Vita Foods and  worked many years for “Russ” and “Owen” on Eastern Neck Island until her retirement.  Russ and Owen   accepted her as a part of their families  and always came to  visit her until their deaths. Etta was extremely passionate about her family, especially her nieces and nephews.  Especially her nephew, Robert   Hawkins, who she lived with in Silver Spring, Maryland for three years until both of them moved to a new home in Rock Hall, Maryland.

Etta A. Hopkins was escorted by her angels to her new home prepared just for her.  She leaves to mourn a host of nieces, nephews and many close friends.  Etta will be missed by all.

To order memorial trees or send flowers to the family in memory of Etta Hopkins, please visit our flower store.