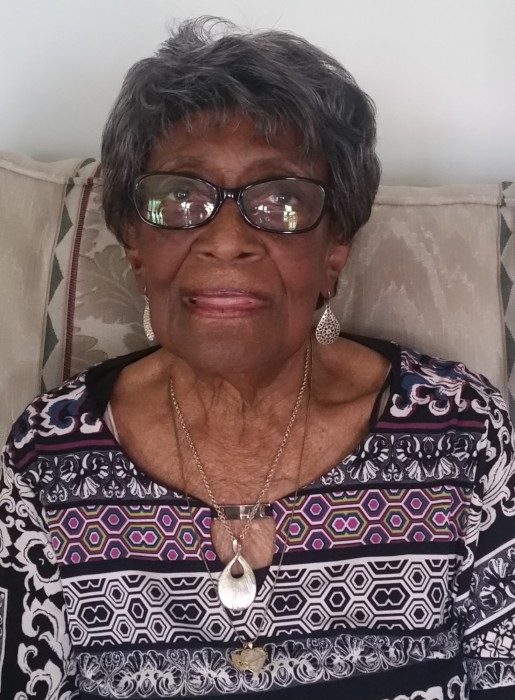 The Daughter. Esther was born on June 14, 1928 in Deal Island, MD to Arthur and Acquilla Leonard.  One of six children, Esther was a very responsible and organized child.  She assisted her mother in caring for the home and her younger siblings.  Her speaking, writing and leadership skills were confirmed at an early age when she was designated as class leader in the teacher’s absence.  Esther was an avid reader.  Her love for reading, public speaking and writing served her well as she progressed into adulthood.

The Woman. Esther met and later married Thompson Wallace in December 1945.  With a marriage legacy of thirty-two years, this union produced ten children, eight of whom lived to adulthood.  Esther and Thompson were family-focused, rearing their children together until his untimely death in 1977.  While primarily a homemaker during her children’s younger years, Esther spent numerous years working as a Seafood Worker for Wilson’s Crab House and later for Island Seafood in Deal Island, MD.

Esther accepted Jesus as her Lord and Savior.  She joined John Wesley United Methodist Church, Deal Island and served in various capacities, including President of the Women’s Society for thirteen years, Church Overseer & Community Concerns Representative, Liturgist, and Church Obituary Writer.  Esther later attended Walker Memorial Church of God, where she served six years in the Nursing Home Ministry.  Esther was a compassionate caregiver and spent many years caring for sick family members.  She had a great sense of humor, quick-wit and was tenacious.  Esther held many roles, but she cherished motherhood more than any.

The Mother. Esther loved and dedicated her life to her children.  She enjoyed family gatherings that brought all of her children, grandchildren, great grandchildren and great, great grandchildren together.  She would spend days preparing for her adult children’s homecoming.  She was an avid supporter and encourager to her family and proudly shared the accomplishments of each child.  Esther constantly prayed for her family; often praying twice daily for each family member.  Her desire was that her family would know and trust God and stay together.

Esther was preceded in death by her husband, Thompson; four children, Sharon Walker, Gerald Wallace, and Patrick and Patricia Wallace; her mother and father, Arthur and Acquilla Leonard; three brothers, William, Winston and Paul Leonard; and one sister, Marian Milbourne.

To order memorial trees or send flowers to the family in memory of Esther Wallace, please visit our flower store.