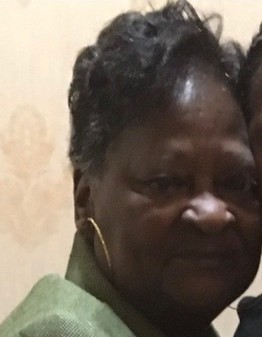 Esther Mae Cromwell Benson, loving mother, grandmother, sister, aunt, cousin, and friend to many, “crossed the river Jordan”  peacefully in her sleep on Wednesday, September 16, 2020 at her home. Esther was born June 18, 1940 the daughter of the late James and Elizabeth Stiles Cromwell in Cambridge, Maryland. She was the granddaughter of the late Rev. and Mrs. Ezekiel Cromwell.

On a sunny Juneteenth eve, four score years ago, she came bursting into the Cromwell family colored with the ancient hue of her  father, and wearing her mother’s face. Her father opened the Bible and pronounced her Esther. From the very beginning, this “first daughter” bedazzled her parents and older brothers with her ivory smile and her happy disposition. She was immediately pampered and spoiled by all. Her father, in particular, doted on his “baby girl.” She of course, wrapped him around her finger and ate it up! He loved his other children but none came so near to his heart as she did. Esther’s intelligence and energy bought a new light into the home. She bathed in that light all alone for five years until another daughter came into the picture. Esther developed into a secure confident young lady in the sure knowledge that she was much loved.

Esther Mae attained her education here in Dorchester County. She attended the old Nursery School and the Pine Street Elementary School. Early in her school life, she was recognized as an exceptional pupil who loved school and learning. Well groomed and pretty, she got the highest grades in all her subjects. Outgoing and smart, she was popular with her classmates and teachers alike. While there, she marched with the Legendary Pine Street Elementary School Drum and Bugle Corp as a junior majorette. This experience produced in her a great passion and new mission-to become the best majorette in the entire county. To reach that goal, she was   willing to work hard. Esther, thereafter, spent endless hours perfecting her high step, her baton twirling and baton toss-and-catch technique. She mastered them all! Later, at Mace’s Lane High School; and against all odds, Esther became the head-majorette for the celebrated Maces Lane High School Marching Band. She participated in many other student activities at the school. To the very end; as a member of the graduating class of 1958, Esther continued to be active in all her class functions as well as those of the annual Maces Lane High School Reunion.

Esther Mae came to know the Lord early in her life. At six months, she was christened at Bethel A.M.E. Church, where her family have been members for over a century and still are. With the rest of the young Christians, she partook in all the youth ministry activities to include, Sunday School, the several choirs, the junior ushers, and the many summer schools. Esther was baptized at Bethel and      became a member In good standing. During these many years, her “helping hands” have worked diligently on various committees and in several church organizations. She loved the Lord. She read her Bible. She loved her church and remained a life-long member of her beloved Bethel A.M.E. Church.

In June 1958, Esther gave birth to her eldest daughter Bonnie. On November 5, 1960 she married the love of her life Leroy Benson and from that union 4 children were born Leroy, Richard, David and Angie.

Esther worked for Coldwater Seafood until her health failed in the early 70’s. Later on she went to work at the Quality Inn Motel in housekeeping until it closed its doors. She later worked and retired from the Mallard Bay Nursing Home in Cambridge, MD.

Esther enjoyed spending quality time with her children and grandchildren. They were the light of her life. Other than spending time with her family, she enjoyed riding over to Harrington, DE to play the slots at the casino. Before her health failed she enjoyed going to  yard sales and consignment shops to look for different things for her house. Esther loved sitting out on the porch at the Bradford House with her friends, drinking her coffee and smoking her cigarettes or working in her puzzle books.

To order memorial trees or send flowers to the family in memory of Esther Cromwell Benson, please visit our flower store.