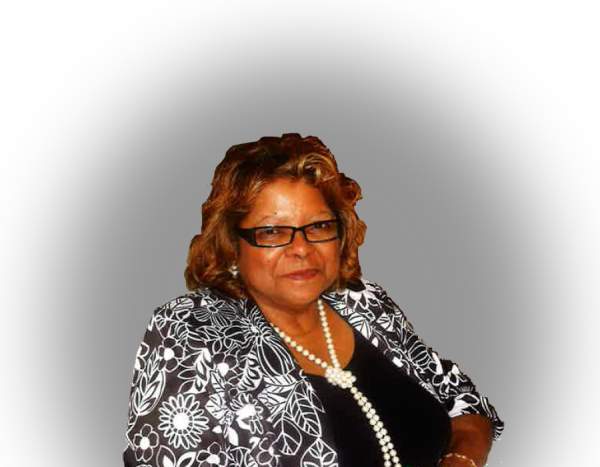 Sometimes it's hard to understand why some things have to be, but in His wisdom God has planned beyond our power to see.

In tears we saw you sinking and watched you fade away.  Our hearts were almost broken. We wanted you to stay.

God watched as you lingered, and knew you had your share.  He gently closed your loving eyes and took you in His care.

It broke our hearts to lose you, but you didn't go alone. For part of us went with you the moment God took you home.

The Family sorrowfully submits the following:

Sylvia attended elementary school at Stanley Institute in Christ Rock, Maryland and graduated in 1966 from Mace's Lane High School as class president. She continued her education at Maryland State College now known as the University of Maryland, Eastern Shore and earned her Bachelor of Science Degree in Business Education. Sylvia also completed studies in Special Education at Chesapeake College.

From 1972—1974, Sylvia was employed by the Dorchester County Board of Education as a teacher of Business Mathematics and Business Law at North Dorchester High School and from 1972—1980 as an instructor of Typing and Shorthand in the Adult Education Program at Cambridge-South Dorchester High School. Her career at the Housing Authority of Cambridge began in April of 1976 and spanned over three decades. Sylvia became the first black female executive director of the Housing Authority of Cambridge.  In 2000 she accepted a Successful Performer Award from Secretary of HUD, Andrew Cuomo and Assistant Secretary of HUD, Harold Lucas during the Public Housing Performance Awards Ceremony held at the U.S. Department of Housing and Urban Development in Washington, D.C.  Sylvia was a member of both the Maryland and National Associations of Housing and Redevelopment Agencies. On August 15, 2008, Sylvia presented a plaque to Gloria Richardson recognizing her effort to improve housing conditions in Cambridge, Maryland.  Sylvia retired from the Housing Authority of Cambridge in 2011.

Sylvia became a member of Christ Rock United Methodist Church at an early age and participated fully in various ministries. Upon moving to Aireys, Maryland, Sylvia and her family joined Waters United Methodist Church-Fork Neck, Maryland.  She became a member of the senior choir and was also the Church Historian. She reaffirmed her faith in Christ on August 29, 2004 during the ritual performed by Reverends Turhan E. Potter and Elaine Ayers at the Cambridge , Maryland YMCA.

Sylvia was one of the original members of the Mace's Lane Alumni Association holding the position of Corresponding Secretary for 31 years. She was an active member of the Dorchester Branch of the NAACP and served on the Freedom Fund Committee. Sylvia was a member of several organizations and most recently the Ravishing E & G Red Hatters.

Sylvia married the love of her life, Paul David Jones, nearly fifty years ago. From this union they became the parents of the late Rodney David I (Bridgitte) and Vaughn Edwin Jones.  Her compassionate nature was expressed through her sharing her culinary  skills with her family and friends as well as sharing her home in helping to raise her grandchildren.

To order memorial trees or send flowers to the family in memory of Estella Jones, please visit our flower store.