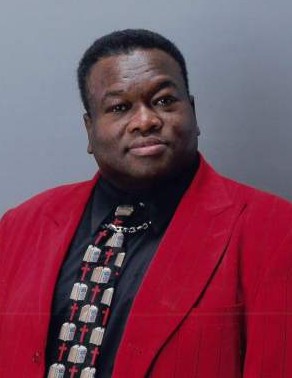 Ernest Tyrone Thomas (Ty) of Ivytown (Easton), Maryland, passed away on January 22, 2021 at

the Mercy Medical Center in Baltimore, MD. He was born December 5, 1962 in Easton, MD. Ernest was

the son of the late Henry W. Thomas and Gladys V. Greene. He had a very close friend, that was closer

than any brother, the late Alvon J. Johns who passed away, July 10, 2008. They were best of friends and

they were friends for forever.

Mr. Thomas made Ivytown (Easton) his home throughout his entire life. He attended Easton

Senior High School graduating in the class of 1981. After graduating, Ernest went to work for the Talbot

County Public School System, retiring after 25 years of service. He also worked for the Talbot County

Senior Center for 15 years. Ernest stopped work after his health failed. After one year of health

problems, he felt good enough to return back to work. So, he started working for Home Instead Senior

Care. His passion was to care for Seniors and to help others.

Ernest loved to cook, when he worked at the senior center, he would have a Thanksgiving dinner

for the seniors, with all the trimmings. This went on for 15 years. He was a well-known person that was

full of laughs and jokes. He would do all he could for anybody that asked for his help. You would never hear

or "where do you want to go." He always did it with a smile. Ernest was a member of The New Queen Esther

He is survived by one son that he raised, James Lee Fowler. Two sisters, Mrs. Phyllis Greene,

of Easton. Two special nieces, Danielle Adams and Tiara Gill both of Easton, MD. He had a very close

and a host of other nieces, nephews, cousins and friends.

To order memorial trees or send flowers to the family in memory of Ernest "Ty" Thomas, please visit our flower store.