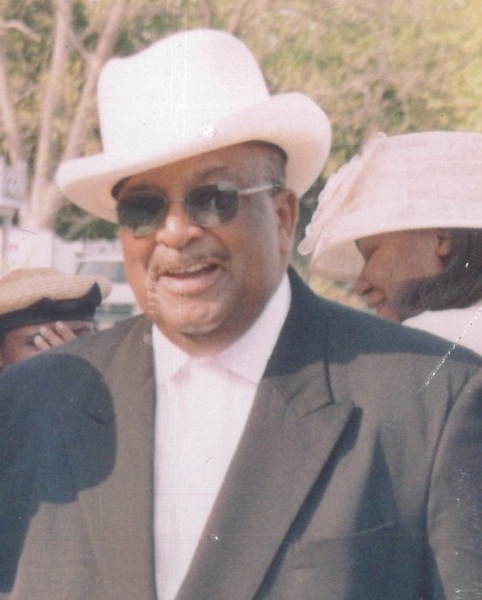 Ernest Vernon Walker, son of the late Clifton L. Walker and Magdalene M. Walker Turner of Cordova, Maryland, quietly passed into the presence of the Lord on Friday, October 6, 2016 at home in Cordova, Maryland.  He was born September 17, 1934 in Talbot County, he was affectionately known to most as “Sonny” to his family and friends.

Sonny was reared in Talbot County where he received his early education in the public school system, after leaving high school Sonny joined the U.S. Army in 1951 earning an honorable discharge.

After returning home from the military service, Sonny met and married Violice Wilson of Chapel. They were married on March 8, 1957.  They were blessed with one son, Brian K. Walker, two granddaughters and two great granddaughters.

Sonny worked various jobs in his life, but had a great love for truck driving.  He started driving truck for various trucking companies before becoming an owner operator in 1978.  He was employed with Carolina Freight/ABF for 18 years before retiring in 1996.  After his retirement, Sonny worked part time for Peach Blossom Farm until his health started to decline.

Sonny was a member of the United Church of the Lord Jesus Christ of the Apostolic Faith, in Hillsboro, MD where he was ordained Deacon.  He loved the Lord with all of his heart mind and soul.  He had a saying “you better get right with God.” Sonny was a quiet but stern mannered man.  He never missed an opportunity to tell everyone about the goodness of the Lord to everyone he met, he enjoyed gardening and tinkering on his tractors, spending time talking on the phone to his uncle, James Bowser and two of his good friends, Donald Nichols and Webster Stewart for hours.

In addition to his parents, he was preceded in death by two sisters Viola Bernice Walker and Consola M. Scofield.

To order memorial trees or send flowers to the family in memory of Ernest Walker, please visit our flower store.